Could Dylan Farrow’s sexual abuse allegations against Woody Allen all just be a vicious plot of revenge orchestrated by her mother? 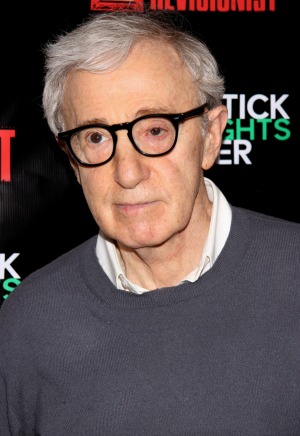 Woody Allen’s success has been plagued by allegations that he abused his adopted daughter Dylan Farrow when she was just a child. And although the critically acclaimed screenwriter has denied these allegations multiple times, they seem to be gaining momentum.

Dylan’s open letter outlining her alleged abuse at the hands of Allen details some horrific memories.

However, there have been claims from Dylan’s brother Moses that these memories have been planted over the years by their mother Mia Farrow in a vicious attempt to get revenge.

There is no love lost between the Blue Jasmine director and his ex-partner after she discovered that her long-term boyfriend was having an affair with her adopted daughter Soon-Yi Previn, with whom she shares with Andre Previn. A month after the revelation, Mia sent Allen a rather terrifying Valentine’s Day card, Allen said.

Allen revealed the dark scenes that took place between he and his bitter ex-lover during a 1992 60 Minutes interview with Steve Kroft, which has just been uploaded to CBS’ website. The interview reveals that the 78-year-old star at one point actually feared for his life.

According to Us Weekly, Allen revealed during the interview, “She [Mia Farrow] sent me a Valentine card. She didn’t send it to me; she gave it to me. And I said, ‘Oh, thanks,’ you know. And I went downstairs, I got into my car and I opened it up, and there… was a very, very, very chilling Valentine, meticulously worked on.”

“One hesitates to say psychotically worked on,” he confessed.

The creepy Valentine’s Day card was described as “a Victorian Valentine and photo of the family, and through all the kids was thrust needles and a steak knife stuck through the heart of the thing.”

“And I got scared because, you know, that was — that was one of the times that I thought, ‘My God, this is really’ — you know to — if you look at the thing, it’s quite frightening.”

The Midnight in Paris director went on to say this was not the first frightening incident that he’d had with his ex-partner and that over the years she has threatened his life on more than one occasion.