Jennifer Lawrence may be one of Hollywood’s hottest stars, but she’s burning out! JLaw revealed she needs to take a break from filming. 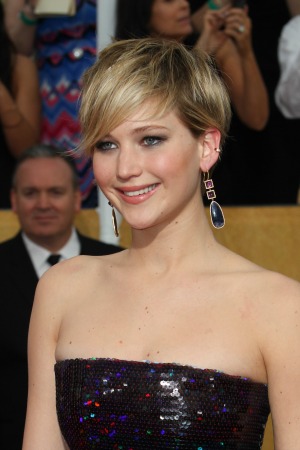 Jennifer Lawrence exploded onto our screens just four years ago and the world instantly fell in love with her for her down-to-earth attitude and quirkiness.

With success after success, it appeared there was no stopping JLaw and her Hollywood domination — until now.

It is no secret that The Hunger Games film saga has been demanding for Lawrence, requiring a lot of press appearances and promotion, and the actress is in desperate need of a break.

During an interview with Empire magazine, the Oscar-winning actress revealed how demanding work on The Hunger Games can be.

She said, “When I signed on to the franchise, I was so prepared. I said to myself, ‘Well, you’ll have fun on the first one, and the next one you’ll be miserable and it’ll seem like it’s forever and you’ll get really bored…’ I was just prepared for that.”

The Hunger Games cast: “Our hearts are breaking” >>

“But it hasn’t happened. I get really excited when I’m shooting. I was just doing ADR and I was so excited to get back to shoot 3 and 4, because I know everybody and we’re buddies, so it’s like going back to school. Except it’s more fun than school. Much more fun.”

“But I really do actually enjoy them. A lot. I do. I feel like it’s going home. Other jobs make me feel strange — ‘I don’t know these people!’ — and then I go back to Hunger Games and I’m like, ‘Okay…'”

Although Lawrence may be having fun on set and appears to view the cast as an extension of her family, that doesn’t mean she’s not in desperate need of a break. According to MTV, the American Hustle star confessed, “It’s okay, it’s my fault. I get little breaks here and there. But on the last day of Hunger Games, I’m going to turn my phone off for a year!”

David O. Russell: The Hunger Games has made JLaw a slave >>

However, fans do not have to go into mourning because the break will not be forever, if Lawrence even gets one at all. She has already been in talks for future feature films and has agreed to a three-year partnership with Dior.

After already racking up a 2013 Oscar as Best Leading Actress in Silver Linings Playbook, three Academy Award nominations under her belt and a string of highly successful feature films, we think Lawrence deserves a break. Although, we have to admit we would miss seeing so much of her quirky antics in the media.