Martina McBride is joining the ranks of other country singers and teaching her children what she thinks is right, even if her fans don’t like it. 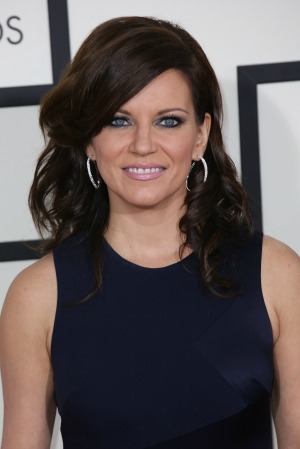 Martina McBride has never been shy about her stance on the gay community and opened up about her views on Larry King Now this week, and why she feels it’s important to teach her children acceptance of all people.

“Honestly, I just have to do what’s right for me, and what I would tell people is what I believe, which is that I feel like tolerance is very important,” she told Out Magazine in 2009 (via Taste of Country). “I have three daughters and that’s what I teach them. I think we should all be tolerant of each other and embrace each other’s strengths and differences and uniqueness and beauty.”

She reaffirmed that stance to King, and said not all of her fans have been on the same page as she is about acceptance. She has seen some backlash, but it hasn’t changed her views or what she believes.

“I think that it’s just your own personal morals and values, and like I said, I believe in acceptance,” she said, adding that mixed views are not something that is only in country music, but many different places in the world. “I don’t know that you can generalize like that. Yes, there are people that are not tolerant and accepting. I think that there are people in every kind of music and every walk of life that are conservative, and people that don’t agree with it and people that do agree with it.”

McBride did add that she has many different types of fans, and she is happy they all stay her fans even if their views are not exactly the same.

“I don’t think of my fans as one way,” she explained. “I think I have a very diverse group of fans.”

McBride isn’t alone in the world of country music. Other country singers have taken a stance on gay rights and equality including Carrie Underwood, Garth Brooks, Reba McEntire, Toby Keith and Dolly Parton.