Many in Hollywood fall into the trap of addiction, but Leonardo DiCaprio said he never wanted to do drugs. His childhood had a big impact on who he is today. 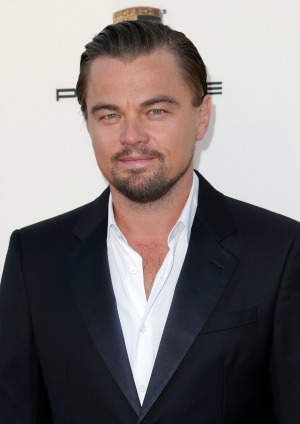 Leonardo DiCaprio has played all types of characters, including many drug users. The actor has been around Hollywood long enough to know how to play a drug addict or user, but he admitted he has never actually done it in real life.

McConaughey vs. DiCaprio: An Oscar throwdown? >>

The choice by DiCaprio came young, because he grew up in a bad area of Southern California, near Hollywood Boulevard and Western Avenue. He told the Los Angeles Times that he would be riding in a car or walking to school, and he would see prostitutes, and even people “smoking crack and shooting heroin.” With the first nine years of his life imprinted in his mind, he made a decision that that would never be him.

“Never done it,” DiCaprio explained. “That’s because I saw this stuff literally every day when I was three or four years old. So Hollywood was a walk in the park for me. I’d go to parties and it was there and, yeah, there’s that temptation. Hollywood is a very volatile place where artists come in and they essentially say they want to belong. It’s incredibly vulnerable to be an actor and also get criticism at a young age when you’re formulating who you are. We’ve seen a lot of people fall victim to that, and it’s very unfortunate.”

DiCaprio instead focused on his work, and can be considered one of the most innovative actors of his generation. He is one of the A-listers who has never won an Oscar, but it feels like 2014 could be his year.

As for that neighborhood, it still exists, but it has gone through a dramatic change since he was a child.

“I try to tell my godson, who lives close to that area, what it was like, how there used to be a major prostitution ring on my street corner, crime and violence everywhere,” DiCaprio explained. “It really was like Taxi Driver in a lot of ways. And I’m not sure he believes me. It’s hipster central, totally gentrified now. The Waterbed Hotel? I don’t think that’s there anymore.”

Many of DiCaprio’s characters deal with the world of wealth, and particularly how people react to wealth. The Wolf of Wall Street, The Great Gatsby, Titanic… the list goes on, but his upbringing gave him a fascination to the human side of the very rich and the very poor.

“It goes back to that neighborhood,” he explained. It came from the fact that I grew up very poor and I got to see the other side of the spectrum.”