George Takei is, apparently, no fan of Ryan Gosling. The funny veteran just can’t seem to understand the “hoo-ha” surrounding the young hunk. Help him out? 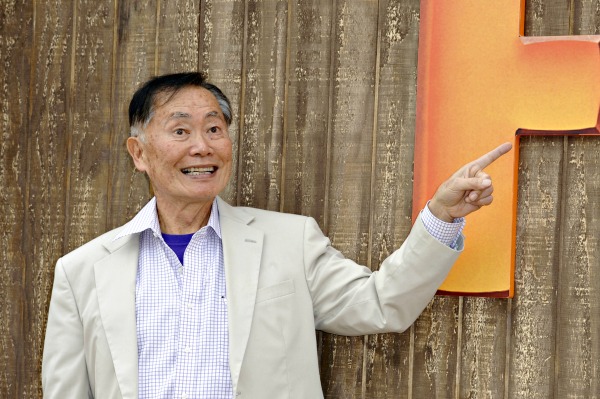 Hey girls, Ryan Gosling could use a little help in the image department! The usually funny, typically fan-pleasing George Takei has taken aim at the young hunk of meme fame.

The Star Trek actor, who is more than twice the 33-year-old How to Catch a Monster director’s age, is making headlines for calling Eva Mendes’ boyfriend “boring.”

It all went down at Huffington Post, after George Takei was asked to weigh in on what or who is most overrated right now.

“I think selfies are fine. I get asked all the time to take a selfie,” the 76-year-old actor, who has nearly 6 million Facebook fans, confided. “I can’t walk down the street without posing for at least a dozen selfies. You know, because people recognize me.”

When it comes to stars, though? Takei continued, “I don’t know what all this hoo-ha about Ryan Gosling is about. He’s more often boring than not. I mean, he’s an alright actor, but I don’t think he’s as gripping and compelling as people like Matt Damon or George Clooney.”

Pressed to pre-confess to a crime of his wildest dreams, Takei went on to share, “It should be something really grandiose if I’m going to get away with it… I’d somehow get ownership of Facebook [laughs]… Wouldn’t that be great if I could get away with it?”

Despite the evil dreaming, the man fans know and love as Hikaru Sulu is at peace when not jabbing at Hollywood’s up-and-coming royalty.

“I think that I’m blessed with a lot of good friends and I’ve found it not difficult to find good friends,” the even-popular-in-real-life Takei added.

“I feel most at peace when I’m on the patio on a beautiful day with my hubby, Brad, and looking at the flawless sky. Yes, that’s when I’m at peace.”

Whose side are you on: George Takei’s or Ryan Gosling’s?