Channing Tatum might not have washboard abs right now, but he’s enjoying fatherhood way too much to worry about it. 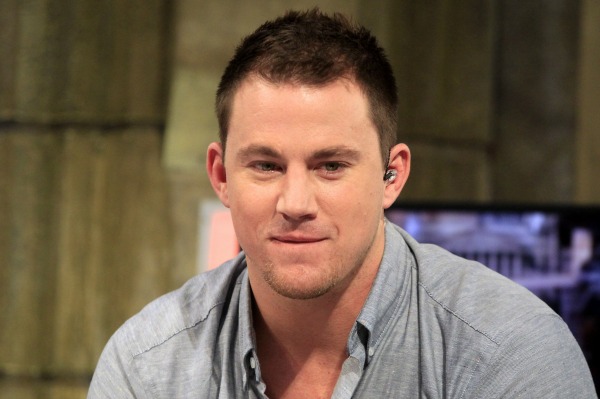 You might be seeing a bit more of People‘s 2012 Sexiest Man Alive because Channing Tatum admits he might have put on a pound or two. On a Thursday appearance on The Ellen DeGeneres Show, DeGeneres talked about how his buff body drives women wild.

That’s when he revealed the truth. “You definitely don’t want that right now. Right now — what me and my wife [Jenna Dewan Tatum] like to call it, I am very ‘fappy,'” he said with a grin. “I’m very fat and happy right now… I’ve been working for two straight years, and now it’s some really needed downtime.”

Obviously that downtime included some time away from the gym and more time spent with his family. He and his wife welcomed daughter Everly in May 2013 and he’s thrilled with being a father.

He talked about his daughter lovingly. “Ah, man. She’s 8 months old now. She’s saying, ‘Da, da, da, da, da.’ I don’t think she knows what it means just yet, but it doesn’t matter.”

His baby girl also has great taste in music, preferring Prince and Drake to regular lullabies.

The Magic Mike star revealed, “She might be conceited, I’m not sure, but… Prince’s ‘The Most Beautiful Girl in the World,’ she loves falling asleep to that.”

Or maybe it’s because her dad is the Sexiest Man Alive?