Ashton Kutcher is tired of Charlie Sheen’s Twitter attacks and told him off during the Jimmy Kimmel Live show on Wednesday night. The best part is that Sheen actually responded. 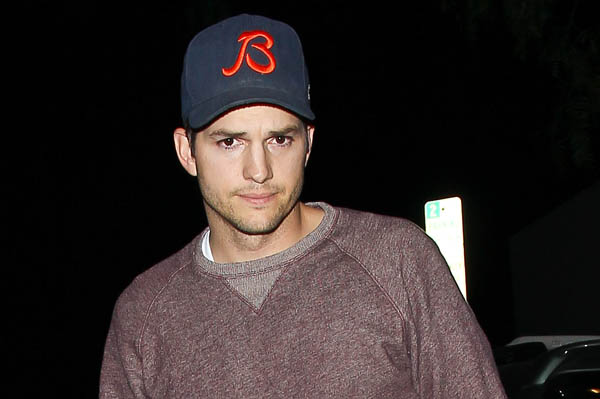 Having had enough of Charlie Sheen‘s ongoing Twitter rants against him, Ashton Kutcher finally told him off during the Jimmy Kimmel Live show. Surprisingly enough, Sheen actually replied to Kutcher with a new Twitter message.

After Kutcher took Sheen’s job on Two and a Half Men three years ago, the Anger Management star has not relented in directing mean Twitter messages at his replacement. But when Kutcher appeared on Kimmel’s show Wednesday night, he took the opportunity to address his self-appointed nemesis.

The whole thing started when Kimmel asked Kutcher if everyone at work thanked him “for not being Charlie.” Smirking, Kutcher replied, “I’m trying to lime skew towards where Charlie was at when he left. Like, I’m just trying to like, edge in that direction.”

But he couldn’t contain himself any longer before he finally addressed Sheen with his entertaining public plea.

Amazingly, Sheen actually replied to Kutcher on Twitter (of course) and he apparently apologized to him for his continuing harassment. “Ashton message received. so sorry u sounded like me! well done! my bad I was pissed at other crap & took it out on you. hope u r good xox c”

But that didn’t last long, as Sheen’s next Tweet, which came a couple of hours later, threatened with, “but news flash Dood, you ever tell me to shut the F*** up, EVER again, and I’ll put you on a hospital food diet for a year. c #YaFeelMe Jr?”

No surprise Sheen’s niceness didn’t stick around for more than a day, but hopefully he meant what he said about not blasting the Jobs actor on Twitter anymore.

Watch Kutcher tell Sheen off in the video below: