It turns out a rumored affair between former President Clinton and Elizabeth Hurley was just as untrue as it sounds. The source, Hurley’s ex, admits he made it all up. 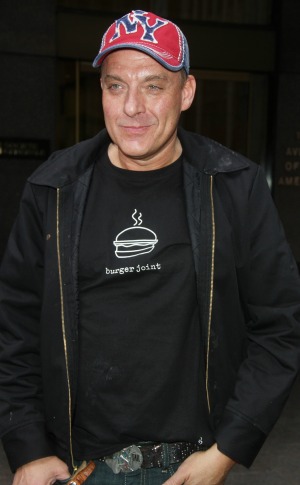 It seemed like the random hookup story of the week, and it turns out there was nothing to the rumor that Elizabeth Hurley and Bill Clinton had had a yearlong affair. The rumor, started by Hurley’s ex-boyfriend Tom Sizemore, was found to be pretty silly by those involved (or not involved).

Sizemore was caught on tape, which was obtained by RadarOnline, reportedly saying that he had met the former president at the White House during a screening of Saving Private Ryan back in 1998.

“Did you go with Liz Hurley for four years? Do you still see her?” Sizemore alleged that Clinton asked him.

The prez then reportedly asked for her phone number. “Give it to me… I’m the Commander in Chief of the United States of America. The buck stops here. Give me the damn number.”

Sizemore then reported that Hurley was flown to the White House, and he spoke with her later about her experience.

“I asked her, ‘What was it like there?’… I said, ‘Was Hillary Clinton a problem?’ And she said, ‘No, they sleep in different bedrooms.'”

Sizemore appeared on HuffPost Live on Wednesday and said he made up that entire story. The tape was undated, so it’s not clear when it was recorded, but Sizemore blamed his past drug abuse.

He added that during his days of drug abuse, “My perceptions were not the greatest.”

Hurley called the allegations “ludicrously silly” and tweeted a response to the story earlier this week.

It looks like the claims were as silly as they sounded, and anyone who saw Sizemore on Celebrity Rehab With Dr. Drew probably can understand what he means about not having any perceptions while he was on drugs.