If Cher could turn back time, would she fix her troubled relationship with her son Elijah Blue Allman? Their relationship has allegedly gotten so bad that they are not even on speaking terms. 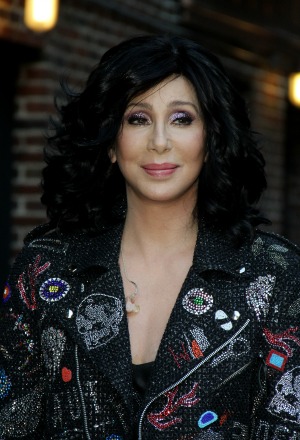 Is Cher a bad mom? Well, according to her son Elijah Blue Allman, she is. Not only did the “Turn Back Time” hit maker miss his wedding, but she was also nowhere to be seen during the Christmas holidays.

Cher not dead, no need to turn back time >>

So what was it that caused the rift between Cher and her son whom she shares with rocker Gregg Allman? According to her son, it’s because he chose to elope and marry the love of his life Marie-Angela “Angie” King on Dec. 1, and Cher did not approve.

Elijah Blue revealed to The National Enquirer, “I wasn’t going to wait for anyone’s approval and congratulations just like I’ve never waited for any of that my whole life. The way I eloped with my wife is the same way I’ve done everything I’ve ever done. I don’t know any other way and we knew it was the right time.”

The smitten couple were married in a low-key affair at the fireplace of their new Beverly Hills, California, home, but Elijah Blue’s mother was nowhere to be seen. And that must have been the tipping point for the rock ‘n’ roll offspring because he has now decided to spill the beans on his troubled relationship with his mother.

He confessed, “I’ve always been the black sheep of my family. The reason being we just have different value systems and we just have a different mentality, and that clashes a lot. We have lots of ups and downs and right now isn’t the best time.”

To say that right now is not the best time is most probably an understatement because Elijah Blue has revealed he’s not even on talking terms with his famous mother anymore. “It’s like a Mexican standoff but we have a history (of not talking). When I first started my band we went a long time, maybe a couple of years,” he said.

Although it appears Cher and her son have always had a turbulent history, Elijah Blue and his wife were still very upset that they were left out of the Christmas celebrations that were held at the songstress’ house.

When asked if he was hurt about being left out, he admitted, “For sure, I’m a real big Christmas guy. It was just kind of unspoken you know, nothing was formal. We knew [we weren’t welcome].”

Could there be any hope of Cher and her son to reconcile in the future? He revealed in a recent interview with Entertainment Tonight that he and his wife Angie are starting to plan a family, and the thought of grandchildren may bring the “Believe” hit maker back to her son’s side.

He said, “My mom has always said she’s super excited about that, she loves kids.”