Lindsey Vonn had to make the difficult decision to pull out of the 2014 Winter Games, but it was those closest to her that helped her with the struggle. 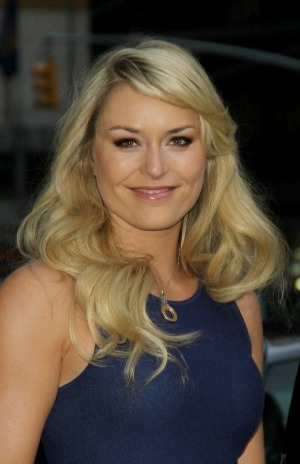 Lindsey Vonn‘s heart was broken when she finally made the decision she wouldn’t be able to compete in the 2014 Winter Olympics after attempting to recover from two different knee injuries.

Lindsey Vonn will be in Sochi after all… as a correspondent >>

“It’s hard. I just want to be there, but I can’t,” Vonn told People about making one of the most difficult decisions of her life.

But that decision wasn’t made alone, and she has had the support from the people closest to her to help her get over the decision.

“My mom had a stroke when she had me. She’s never been able to ski with me,” Vonn said of her mom Lindy Lund. “Her support has always meant a lot. Her toughness and positivity have always helped me get through challenges, especially with my injuries.”

Lund’s support is important to Vonn, but it has always meant a lot to her. She credits her mom for being where she is today.

“She always sees the positives in everything,” Vonn added. “She always says, ‘There’s always tomorrow. There’s always another race.’ When you say it like that, it sounds really simple. It’s not that simple. But she makes me feel like it’s possible.”

Vonn’s boyfriend, Tiger Woods, has also been a continuing voice of not only support, but inspiration as well. Vonn said, “He just reminds me to be patient, that everything is going to be fine,” she says. “I really appreciate all the support he has given me. It makes a big difference.”

Lindsey Vonn is definitely not going to marry Tiger Woods >>

NBC aired a special Wednesday night, Feb. 5, two days before the Olympic opening ceremonies, about Vonn and six other Olympic athletes. The special followed all seven Olympians, and their mothers, in the special called “How to Raise an Olympian.”

“It’s a great opportunity for my mom to finally get the credit she deserves,” Vonn said, and the admiration is mutual.

“She’s as tough as they come,” Lund said of her daughter during the special.

The Opening Ceremonies of the 2014 Winter Olympics in Sochi officially kick off Friday night, Feb. 7, on NBC.