In 2009, Susan Sarandon was suddenly single after decades. She needed a change in life, and found that passion in an unlikely sport. 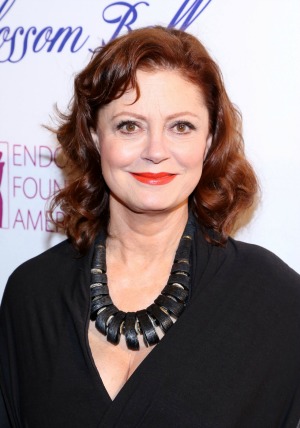 Susan Sarandon shocked the world in 2009 when she suddenly left Tim Robbins, her partner of more than 20 years. The couple had been together since 1988, and Sarandon didn’t offer much of an explanation.

But in a new interview with AARP Magazine (yes, that AARP), the actress finally reveals what happened in their relationship. She had been performing in the Broadway show Exit the Kind in 2009, and she said it changed her life in many ways.

“You can’t do a meditation on death and stay in a situation that’s not authentic,” she explained. “It made me examine where I was in my union and in my life, and to have discussions about making changes.”

Although the decision was not an easy one, Sarandon said it needed to be done, rather than stay in a situation she didn’t believe in.

“It’s better to have made decisions that turned out badly and learn from them than to feel as if you had no choice and are resentful of the turns that your life takes,” she said. “My life has been filled with happy accidents. The thing that’s served me well is being able to change onto a different track when it’s presented itself.”

Sarandon’s new path took her into an unlikely field — the world of ping pong. She invested in New York City ping pong bar SPIN, along with a Jonathan Bricklin, a man 30 years her junior. Although the pair have long been rumored to be dating, neither has publicly confirmed it — until now. The 67-year-old got close to admitting to a relationship in the AARP interview, saying, “Jonathan and I collaborate on different things. That means a lot of things.”

The interviewer asked if that meant romance, and she said, “Yeah, I think so.”

Sarandon seems to be happy with where she is in life, and has found her unlikely passion of ping pong.

“Ping pong cuts across every demographic, age and body type,” she explained. “Girls can beat their fathers. And even if you’re old, you can play it forever.”