While the news wouldn’t surprise many, Elizabeth Hurley denies ever having an affair with President Clinton. Her ex-boyfriend spilled the beans. 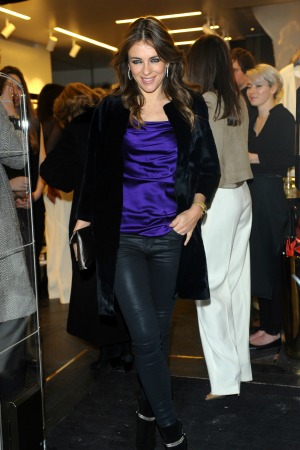 Here’s some weird and very old news that is currently surfacing in Hollywood this week, reports alleging that Elizabeth Hurley had an affair with President Bill Clinton. The source of the story comes from the British actress’ ex-boyfriend, Tom Sizemore.

According to RadarOnline and its U.K. affiliate The Globe, there is an audio recording of Sizemore bragging about hooking the former commander-in-chief up with the beautiful bombshell back in 1998 after a White House screening of Saving Private Ryan.

The recording was done sometime in January 2014. Sizemore is heard telling two friends that Clinton asked him at the screening, “Did you go with Liz Hurley for four years? Do you still see her?”

After responding yes, the president requested his ex-girlfriend’s phone number and arranged a secret rendezvous where Hurley was flown to the White House by private plane.

Sizemore followed up with his ex after her encounter with the politician. He said in the recording, “I asked her (Hurley), what was it like there?… I said was Hillary Clinton a problem? And she said ‘No, they sleep in different bedrooms.'”

The affair allegedly lasted a year, but it was ended by President Clinton after he told Hurley, “I don’t do love and I’m beginning to think I might love you.”

While this sounds like a fun bit of gossip from the ’90s, the actress took to Twitter to refute any claims of an affair with the former head-of-state.

Hurley is totally bored by the news. Next!