Woody Allen’s lawyer appeared on the Today Show to refute newly revived claims by his daughter Dylan Farrow that he sexually abused her when she was a child. 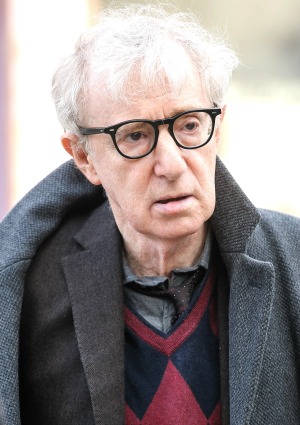 Woody Allen claims his ex Mia Farrow is just a bitter Betty who implanted false memories of sexual abuse in their adopted daughter Dylan to make his life a living hell.

Allen’s lawyer Elkan Abramowitz spoke on his behalf on the Today Show and said the famed director’s reaction to Dylan’s letter to The New York Times detailing the alleged abuse was one of “overwhelming sadness.”

“She was a pawn in a huge fight between him and Mia Farrow years ago, and the idea that she was molested was implanted in her by her mother,” Abramowitz told Savannah Guthrie. “And that memory is never going to go away.”

The attorney said that at the time the accusations originally arose, Allen was deemed innocent.

“They determined after a six-month inquiry not only that it didn’t happen, but that Dylan was coached by her mother,” he said.

“Everybody now talks about the presumption of innocence — he is innocent. They determined that the molestation never took place.”

However, according to multiple sources, the authorities said they did, in fact, have enough evidence to charge Allen, but simply chose not to do so to spare Dylan the ordeal of a trial. Allen lost custody to Dylan’s mother Mia and the criminal case was dropped.

Abramowitz said the current outrage has more to do with Allen’s marriage to Soon-Yi Previn, another of Mia’s adopted children, whom many mistakenly believe was adopted by Allen as well. Previn was just 17 years old when their controversial relationship began; the couple is now married with two children.

So why are these allegations resurfacing now after so many years? Allen believes it is nothing more than bitterness and jealousy. The director’s film Blue Jasmine has been up for multiple accolades this season, including three Oscar nominations.

“Woody Allen is now riding fairly high,” Abramowitz said. “I believed it revived the anger (Mia) has toward him.”

Tell us: Do you believe Dylan Farrow or Woody Allen?