George Clooney is a passionate activist whose causes have found him face to face with danger. He recalls the terrifying moment when a gun was held against his head. 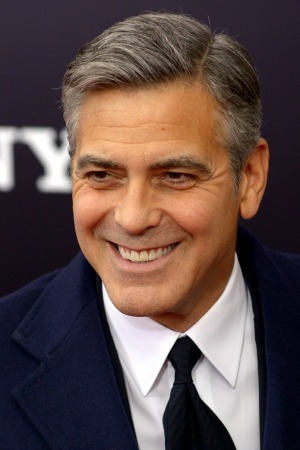 George Clooney has tackled some serious film roles, and he is a person who enjoys exposing the injustices in the world. However, nothing could have prepared him for being held at gunpoint in Darfur.

Clooney invested his time into making a documentary about the genocide in western Sudan in 2007 when he was robbed at gunpoint.

In a recent interview with Variety magazine, the star revealed the experience, saying, “We got stopped in the middle of nowhere, where we shouldn’t have been.”

“A little 10-year-old kid came over with a Kalashnikov assault rifle to my head, basically wanted to get us out of the truck,” Clooney said.

The Ocean’s Eleven star had previously brushed off the incident during an interview with Zoo Weekly in 2008, when he said, ”They pointed guns at us and stole what they could. It happens all the time.”

Power pair: Why George Clooney should be pal Obama’s VP >>

Although, despite the terrifying incident, Clooney’s passion for the plight of the Sudanese people and his scary encounter made him even more serious about the cause. And, together with friends Matt Damon, Brad Pitt and Don Cheadle, the aid organization Not On Our Watch was created.

The gun incident was not the only thing on Clooney’s mind during the Variety interview — he was willing to shed some light on his latest film, the highly anticipated Monuments Men, starring Cate Blanchett, Matt Damon and Hugh Bonneville, to name but a few stars.

The actors were so passionate about the project that they were even willing to take a pay cut. Clooney revealed, “If you pay everybody a full boatload, it’s a $150 million film.”

With a budget of $70 million, it was necessary for the cast to accept much less pay. Clooney said, “You just can’t do it. Everybody worked for super cheap, like crazy cheap.”

Let’s hope all that hard work paid off for the cast of the action-thriller The Monuments Men, which will open on Friday, Feb. 7.