Things appear to be getting very serious with Sean Penn and Charlize Theron — so serious, in fact, that marriage is already on the cards. 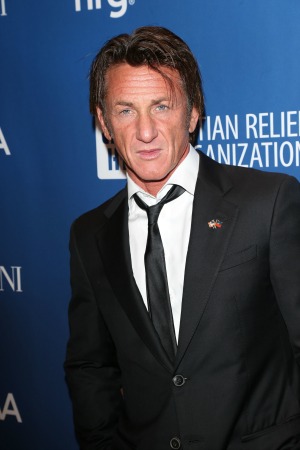 Everyone’s eyes have been on Charlize Theron and Sean Penn since the romance rumors broke in December after the duo enjoyed a holiday in Hawaii together.

The rumors then heated up when the pair were spotted looking very loved up at the Milk actor’s charity fundraiser gala Help Haiti Home three weeks ago.

All the signs are certainly pointing to a blossoming relationship, and the pair do look happy and very relaxed in each other’s company.

However, it appears things behind the scenes are even more serious than we had originally expected. According to Radar Online, the actor has already moved into his blond beauty’s home and is getting to know her adopted son Jackson, 2, better.

A source revealed to the site, “Sean is head over heels in love with Charlize and her son Jackson.”

“He is a totally different person around Charlize, she brings out the gentle and fun side that not many people have seen of Sean. To see this previously surly grown man, romping around Charlize’s backyard with Jackson, with a smile on his face, would amaze Sean’s detractors. Charlize is getting Sean to not take himself too seriously.”

The Monster actress appears to have that effect on people, and although it appears their romance is moving quickly, the couple have been good friends for several years now. The South African-born beauty has not walked down the aisle before, but if the rumors are true, then it would not be Penn’s first time, but it would hopefully be his last.

The source added, “The two began talking about marriage in the last few weeks, after Sean moved into Charlize’s house. She has never wanted to get married, but seeing how Sean interacts with Jackson, she is having a change of heart. For the longest time, Charlize thought it was just going to be her and Jackson, and she was OK with that. For her to now be talking about getting married is a huge departure for Charlize.”

Could there be wedding bells in Penn and Theron’s future? If the source is correct, then there may well be, and little Jackson may even get an Academy Award-winning father.

The source added, “Charlize is truly the light in his life. He is even talking about adopting Jackson if they get married!”