Finally an episode of The Originals where Elijah takes center stage with a decision that definitely solidifies his feelings. Now it’s Hayley’s that are in question. Wait, what?! 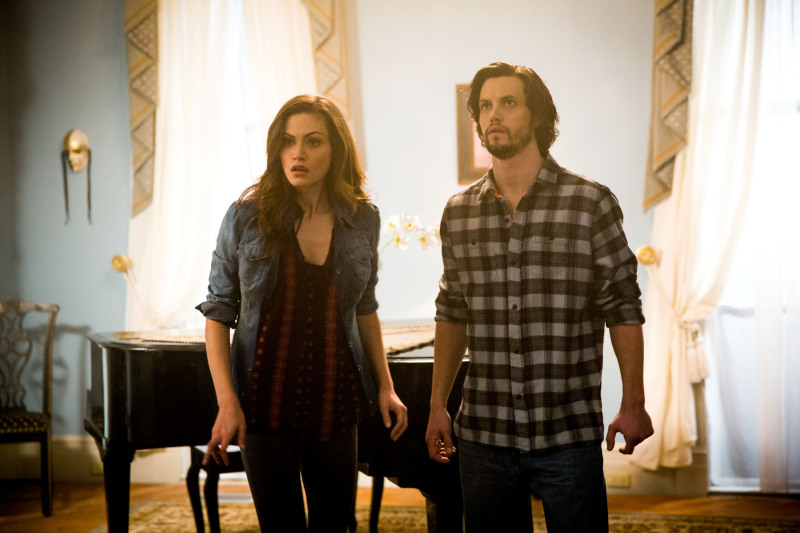 Remember how I said last week that I thought Papa Tunde was just the start of the bad to come on The Originals? Well, don’t say I didn’t warn you. This week, the witches are bringing the heat. Plus, with Celeste at the head of the coven, you’d better believe this episode focuses on Elijah.

A kiss is just a kiss, unless it’s poisoned

The kiss is poisoned, which gives Celeste time to put her master plan to work. She tells Elijah when he wakes up he’ll have three choices:

1. Save Klaus (Joseph Morgan): The witches manage to use Papa Tunde’s knife to stab Klaus, leaving him in excruciating pain.

2. Save Rebekah (Claire Holt): She’s lured into the forest by a hot werewolf named Oliver, who quickly turns on her. A pack of wolves surrounds the original sister, leaving her trapped.

3. Save Hayley (Phoebe Tonkin): As she is talking to a certain werewolf friend named Jackson, the house she’s in catches on fire, and a spell leaves them both trapped inside.

Elijah goes with love on this one and saves Hayley. Rebekah and Klaus go missing, and we have to wait until the next new episode which airs Feb. 25 to discover their fate. 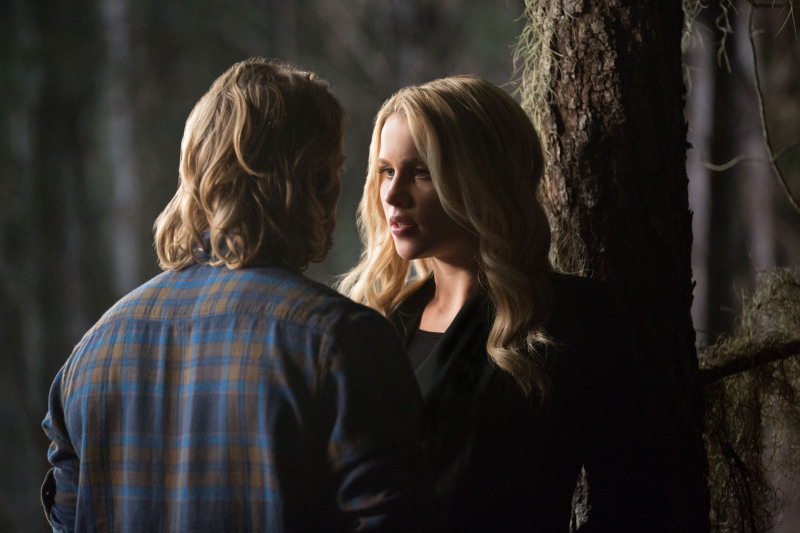 Hayley’s got a new love triangle

How does Hayley get herself trapped in a burning building, you ask? Well, she decides to throw a kegger since it’s the full moon. Of course. ‘Cuz she’s pregnant and everyone wants to kill her so a night on her feet, not drinking and cleaning up after drunks is just what she needs.

Irony aside, it’s her chance to hang out with her pack in the human form. Of course, she gets more than she bargained for in the form of a handsome, Milo Ventimiglia-esque addition to the cast named Jackson. Turns out, before the whole curse madness, he was betrothed to Hayley. Their families wanted them to marry to reunite the bloodlines.

Don’t get me wrong, Jackson seems like a nice guy and all, but we’re still team Elijah all the way.

Jackson (who is in fact the wolf who’s been protecting Hayley this season) says he’s waited his whole life to meet her while Hayley vows to continue to fight to break the curse. Uh, are we sure that fire didn’t just break out because of the electric chemistry between these two?

Slim chance of resurrection for this one

I also don’t want to say I told you so… but back to last week again, when a girl in a white dress woke up in a coffin. That was Monique Deveraux, Sophie’s niece. And every time one of the resurrected witches dies, one of the girls who died in the harvest returns to life. Now all Marcel and the others have to do is figure out which witch will bring Davina back. Celeste anyone? We’re definitely going with Celeste.

Poor Sophie is so excited to have her niece back, she doesn’t even realize that there’s something off about the girl. Turns out, Monique is totally on the witches of the French Quarter bandwagon and doesn’t want anything to do with the unfaithful. Something weird must have happened to this girl besides the obvious dying thing. She punishes Sophie for being a non-believer by killing her. All Sophie wanted to do was protect Monique, but Monique leaves her bleeding out in the street. According to E! Online, who spoke with The Originals‘ executive producer Julie Plec, Sophie is most likely gone for good.