It’s hard to believe Facebook has been around for a decade. SheKnows takes a look at the Top 10 celebrity fan pages on the social media site. 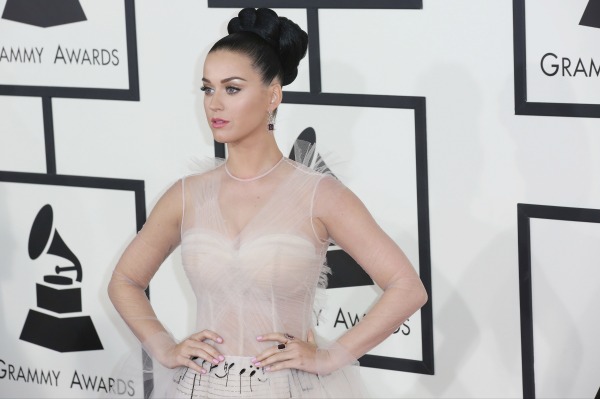 Happy Birthday, Facebook! It’s hard to imagine life before the social media giant because it’s become a permanent fixture in our daily lives, but the site is celebrating its 10th year. From selfies to photos of our latest meal, Facebook has also become a great place for celebrities to connect with their fans.

Here’s a current list of the Top 10 celebrity fan pages:

With over 64 million fans, the rock band from Southern California has found the site to be a great place to promote their latest record. Their music has stood the test of time since the band’s first studio album in 2000 and the fans are just as dedicated to their sound now.

While the “Born This Way” singer is consistently at the top of the Twitter list, she’s further down the chart on Facebook. Her 67 million fans are dedicated and loyal to the quirky artist who posts lots of selfies and fun photos backstage with other pop singers like Britney Spears.

While he has been in a lot of trouble lately, the Biebs still has a hardcore group of nearly 72 million fans who love him. In fact, many are so young that they don’t even know a world without Facebook. Let’s see how long the 19-year-old stays in the Top 10 if his issues continue.

She hit the No. 7 spot ahead of Bieber with only 500,000 more fans. The “California Gurls” singer’s page is a bit more professional. She keeps her page primarily informational about her work with CoverGirl cosmetics and her charitable contributions to UNICEF.

He’s the only deceased person on the list, but MJ is still tremendously popular with fans. He has close to 77 million people who frequent his page. The page is run by the estate of the fallen singer with support from his record label, Sony Music Entertainment. It displays everything from memorabilia to iconic MJ moments.

Jury finds AEG not responsible in death of Michael Jackson >>

The Fast & Furious 6 actor has the most personal page in the Top 10. He has posted love songs to his girlfriend and personal tributes to his friend and colleague, Paul Walker. He truly enjoys the fan interaction and it shows.

RiRi is No. 4 on this list with 89 million fans. She used to top the list as having the most fans on Facebook, but has recently fallen behind in the race. Everyone loves the “Umbrella” singer for her talent and her smoking good looks. It’s easy to see why she’s one of the social media giants for Facebook.

It might surprise some that the Detroit-native rapper is almost the top male on the list, but he is just slightly behind the top stop when it comes to Facebook fans. He advertises a lot of merchandise for sale on his website, but that is clearly what his fans are looking for. He ranks in at about 92 million followers.

The only athlete on the list is the Portuguese soccer player who plays for Real Madrid and captains the national team for his home country. His buff physique is often on display in tabloid magazines and he’s known for dating hot international models. He just barely beats Eminem by about 100,000 followers and just recently rose to the top of the men on Facebook.

Her hips don’t lie, she’s just landed herself as the most popular person on Facebook and the first to reach over 100 million followers. The returning judge on The Voice mixes up her music videos and a few personal messages to keep the page lively and fun. Following her rise to the top of the Facebook fan charts, the singer posted this personal message thanking all her likers.