Justin Bieber has been in and out of trouble for months, but he got a lucky break in a Miami court when he pleaded not guilty to a DUI and other charges. 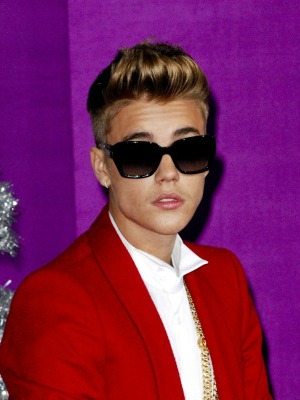 To the horror of Beliebers everywhere, Justin Bieber‘s Miami trial date for an alleged DUI and other charges was originally set for Valentine’s Day, this Feb. 14.

Miley Cyrus to Justin Bieber: “Pay people” to stay out of trouble >>

But thanks to his attorney’s plea of not guilty, Bieber’s Valentine’s Day just opened up. The charges come from Bieber’s arrest last month where he was allegedly drag racing while under the influence. Besides the DUI, he was also charged with resisting arrest and driving with an expired license.

After entering the new plea of not guilty, Bieber’s trial date is now set for March 3, according to The Hollywood Reporter. He has a sounding date for Feb. 19.

Bieber was in Miami Beach, along with friend Khalil Sharieff, when he was reportedly seen drag racing. Sharieff was also arrested on a charge of DUI. Bieber later tested positive for pot and prescription medication, according to THR, who also found out that his post-arrest urine test included THC and Alprazolam, the key ingredient in Xanax.

The arrest was just the latest in legal problems for Bieber, and the new trial is set for just one week before his Toronto court date for an alleged assault on a limo driver on Dec. 30.

Bieber’s home was also searched in January in an ongoing dispute between the singer and his neighbor. To add to that, his plane was searched last week as he landed in New York for the Super Bowl. The 19-year-old may have found a little bit of solace though. The day before the big game, Bieber was reportedly out in New York looking for someone to baptize him.

But, for now at least, the Biebs has a new goal — to find something to do on Valentine’s Day.