Sometimes you just need to say, “No, no, no.” Especially when you’re asked about your favorite new band. 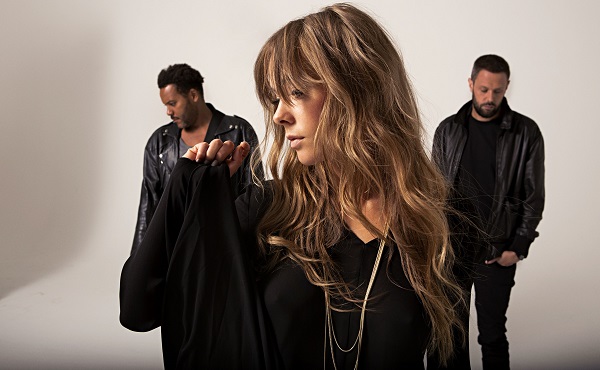 IKEA and Alexander Skarsgård aren’t the only great things to come from Sweden. For proof of that, look no further than the newest and brightest sound on the market: NONONO. If the trio of musicians haven’t found their ways onto your radio just yet, give them time. You’ll see ’em soon enough.

Also from Sweden: Icona Pop! Check out our interview >>

Like all great love affairs, Stina Wäppling met production duo Astma and Rocwell when she least expected it. Wäppling had spent the last few years living in England and studying psychology, but returning home on long holidays to write music and keep up her end of a writing contract she’d signed at 21. Writing music for someone else and writing for yourself are two totally different things, though. All three artists were coming to terms with the need to pair off with people they didn’t much like in order to write the music required of them. When Astma and Rocwell found Wäppling, suddenly everything made sense. They needed a new voice to layer over their music and Wäppling needed a new project to work on. The three merged and found, quite surprisingly, that they made good music together.

There was one more step in their process of forming a band/group: The name. NONONO was bred out of a mutual decision to say “no” to projects they didn’t want to take part in, to people they didn’t want to work with and to things they found unnecessary for their lives. The trio’s now-graduated psychologist explained that the band’s “negative” name is actually pretty affirmative.

“If you say no to a job, or finish a relationship, it is often viewed as a negative thing, but it means you can start something new,” Wäppling explains on their Facebook page.

MTV names Bastille an “Artist to Watch,” but we’ve been scopin’ on ’em for months! >>

While the group is saying no, no, no to many things, the world is beginning to say, “Yes, yes, yes!” to the band. Their second single, “Pumpin’ Blood,” just found its way onto the soundtrack for the upcoming movie “Endless Love.” The soundtrack even features a bonus remix of the song, too.

Their biggest track yet, “Pumpin’ Blood” will hopefully be the song that finds NONONO bursting onto the American Top 40 scene. It has all the makings of what constitutes as a hit these days, falling squarely amid the deluge of dance music currently finding its way back onto our radios. “Pumpin’ Blood” is the perfect track to follow Zedd or Icona Pop, yet the sound is still original enough to not get lost in the crowd. With it’s whistling and chipper beats, “Pumpin’ Blood” has a ring to it reminiscent of what Noah and the Whale might sound like if Adele took over lead vocals and the entire band dropped ecstasy. If “neon” could describe a sound, it would perfectly describe this vibrant party track.

Turn off the overheads, string up some Christmas lights, purse your lips and whistle and dance along. This is NONONO and we say, “YESYESYES!”