When Ke$ha entered rehab in January, many were wondering if she still planned to go out on tour. She finally announced her spring dates will be postponed. 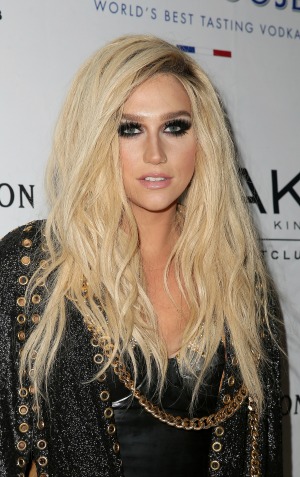 It has been nearly a month since Ke$ha entered rehab, but she has finally postponed her spring tour. The singer entered treatment for help with an eating disorder, and did not want it to affect her already-planned tour. She has realized her health is the most important thing, though.

“I was so looking forward to performing at these dates, but I need to follow my doctor’s advice and get my health back on track,” she told People on Tuesday, Feb. 4.

Ke$ha has been on tour pretty nonstop since May 2013, and was supposed to wrap up in April. Her March and April dates include shows in Indiana and Wisconsin.

The tour was likely not postponed before now because Ke$ha is nearly done with her scheduled rehab time of 30 days. But it looks like she plans to continue her treatment, whether at the same facility or at home.

“I’m a crusader for being yourself and loving yourself, but I’ve found it hard to practice,” the singer said when she decided to get help. “I’ll be unavailable for the next 30 days, seeking treatment for my eating disorder… to learn to love myself again. Exactly as I am.”

Soon after entering the treatment center, her mother also decided to join her daughter to help her with her recovery, “to help heal along with her.”

Ke$ha will be back “better than ever,” she says >>

“I’m checking myself into Timberline Knolls today for post-traumatic stress disorder at Ke$ha’s urging,” her mom said at the time.

Ke$ha has also been communicating with her fans through Twitter.

“All of your support during this time has been so amazing,” Ke$ha continued in her statement. “I couldn’t have done this without you all. I look forward to coming back stronger than ever on the next tour.”