Jen Arnold of TLC’s The Little Couple beat her cancer and is now in remission. 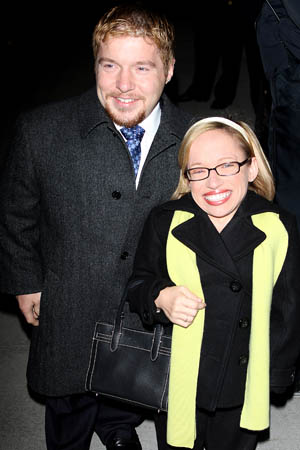 The Little Couple star Jen Arnold shared some happy news when she revealed she’s in remission after winning her battle with a rare form of cancer.

Arnold endured weeks of grueling chemotherapy treatments, but it was all worth it because she can now say she is cancer-free. “I had my official last chemo treatment,” the mother of two told People magazine.

“While I’m hesitant to say I’m cancer-free — maybe that’s common for people who have had cancer — I’m doing great,” Arnold continued. “Everything is moving in the right direction. I am very excited.”

The 39-year-old TLC reality mom fought her disease with an intensive regimen of weekly drugs, which would leave her with nausea and extremely exhausted. “It actually got harder as more time went on,” she admitted.

“Some weeks were more difficult than others with different side effects,” Arnold said. “I had a lot of fatigue and nausea and some days it just felt like my hands and feet were very heavy.”

After being diagnosed with Stage 3 choriocarcinoma, which is a rare cancer that occurred after having a failed pregnancy, Arnold underwent surgery to remove a mass in her uterus. She then developed pneumonia and needed to have tumors in her lungs treated with chemo.

During her first 18 months of remission, Arnold will be monitored very closely to ensure her cancer does not return. Later on, she will be tested less frequently and ultimately just once a year. While she still hasn’t returned to work full-time as a neonatologist, she looks forward to going back to her old routine.

Celebrities who are battling or have battled cancer >>

“Sometimes I get a little winded when I walk around more and I have that fuzzy chemo brain at times, but I am very excited and happy to be where I am right now,” Arnold said. “I want to get stuff done. I am anxious to get back to my normal self.”

Arnold revealed that her husband’s help and seeing the children play did wonders for her and played a big part during her treatment.

“Bill knows when I’m not doing well and he takes such good care of me,” Arnold gushed. “That and enjoying watching my children play was a huge uplifting part of my treatment. With kids running around, you don’t have much time to feel sorry for yourself.”