A big shake-up has happened on the DWTS set. ABC has fired respected bandleader Harold Wheeler and his orchestra. 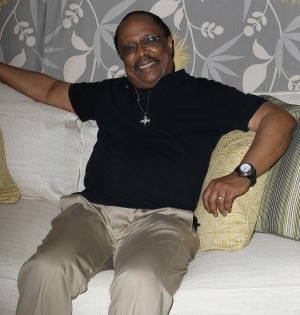 It’s the end of an era on Dancing With the Stars. After 17 seasons, ABC has decided to fire the entire 28-member band along with bandleader Harold Wheeler.

The news began to circulate over the weekend after longtime trumpet player Rick Baptist posted the news on his Facebook page.

He wrote, “Last night, the Harold Wheeler Orchestra and Singers received an email from Harold informing us that after 17 seasons, Disney/ABC Dancing With the Stars has replaced the orchestra and singers with records and a small electronic band. Allegedly, this was done to attract a younger demographic.”

Once the news traveled over social media, fans began to swamp ABC network executive Candice Ashton with emails protesting their dismissal. While the show has tried to court younger viewers with Disney Channel contestants and using some taped music in Season 16, the live music was one of the reasons many fans tuned in.

The American Federation of Musicians, the official musicians’ union, chimed in with their own press release on Monday.

President Ray Hair blasted the network, “It’s not like ABC and Disney don’t have any money and can’t afford an orchestra. It’s about the insatiable thirst for profits at the expense of music, art, and those who create it. Firing the band, using recordings, and hiring fewer musicians won’t boost ratings. It will kill the show.”

Despite all the protests, it looks like the network has officially made up its mind for the spring season. The network and BBC Worldwide Productions sent out a brief statement on Tuesday.

“Our talented music director, Harold Wheeler, will not be joining us for season 18 of Dancing with the Stars. Since season one, Harold and his band have performed brilliant music in our ballroom for our dancers and the American viewers at home. We are grateful to him and his band for their amazing work and years of collaboration. We wish him the best of luck.”

It will be interesting to see how this affects the pro dancers and choreographers who had more control over tempo and sound when working with the orchestra. The cast members have not been vocal about the elimination because many of them are still working out their contracts for the next season.

What do you think of the elimination of live music on DWTS?