After a slew of law-breaking incidents and controversial issues, Justin Bieber apparently wanted to get spiritual help and get baptized. The pop star reportedly spent all of Saturday night looking for a place with a pool to get baptized in New York. 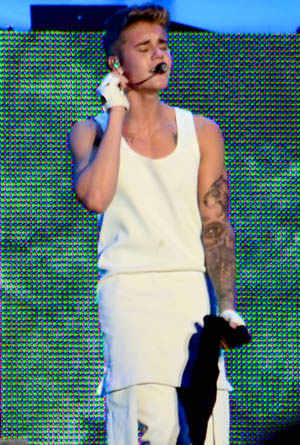 Still trying to hang on to his rapidly disappearing good-boy image, Justin Bieber reportedly spent last Saturday night looking for a place to get baptized in New York City. In efforts to cleanse himself of his latest law-breaking incidents, the Biebs apparently sought some spiritual help.

According to a report from The New York Post‘s Page Six, the 19-year-old singer was looking for a place with a pool around the Manhattan area to conduct a baptismal ceremony. Bieber enlisted the help of the Hillsong Church NYC and took his entourage on a wild goose chase around the city to find the perfect pool. Unfortunately, he ran out of time.

Justin Bieber goes on vacation to Panama after Miami arrest >>

“Justin and his team spent time on Saturday searching for a place with a pool where they could conduct a baptism for him, a cleansing ritual, with the Hillsong Church,” a source told Page Six. “But they couldn’t find a place in time.”

Despite constantly getting in trouble, dabbling in drugs and visiting strip clubs and brothels, Bieber is allegedly very religious. “Justin is serious about his Christian faith, and after recent events, he needed to take a pause.”

The Canadian star is an active member of Hillsong, a megachurch that conducts massive Baptist ceremonies in places like the Gansevoort Hotel’s rooftop pool. Bieber is also big fan of the church’s leader, Pastor Carl Lentz, and often attends his sermons.

Shortly after photos surfaced on TMZ of Bieber nibbling on the boob of a stripper, he was spotted partying and flirting with girls in New York the Friday before the Super Bowl.

Justin Bieber gets advice from an unlikely source >>

“He would point to a girl he liked and the bodyguard would let her into the booth,” a partygoer told E! News. “At one point, it looked like he was exchanging numbers with one of the brunettes.”

The Biebs attended another party the following night, but didn’t get there until 3:00 a.m., presumably because he spent much of the night looking for his baptismal pool.