Daphne has two great guys who both like her. Which one is right for her, Campbell or Jorge? We take a look at both contenders for her heart. 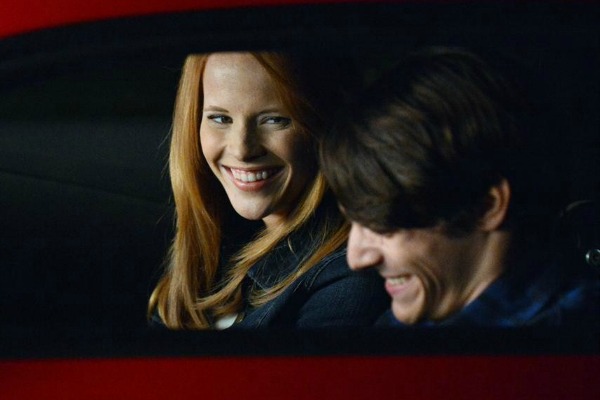 In the latest episode of Switched at Birth, Daphne found herself in another pickle. Last season, she ended up entangled with a guy who led her down a path that ended with her doing community service. Jace may not have been the best guy for her, but this season she’s got a whole new problem: two great guys.

Switched at Birth review: Toby strikes out on his own >>

Jorge is someone that Daphne has known for a long time. They grew up in the same neighborhood and seem to have a lot in common. Because of their history, theirs is a relaxed and easy relationship full of laughs and inside jokes. Unlike his family, Jorge admired what Daphne did to try to stop a corrupt man from staying in office (even though her methods were questionable). When you look at all the facts, it seems like the two of them are a perfect match, especially when you factor in the lack of baggage.

Daphne and Campbell only met very recently but there was no denying the instant chemistry that was obvious between them. They’ve both had to overcome challenges in their lives, which gives them an instant bond. Their personalities are well matched and they have the same sense of humor, allowing them to joke and laugh with each other easily. In many ways, Campbell seems like even more of a perfect match, except for his baggage: a girlfriend. Granted, he did break up with her, but he didn’t do that until he realized he liked Daphne. That’s definitely not a sign of a guy who knows what he wants. Who’s to say he won’t do the same thing to Daphne at some point in the future?

Who do you think Daphne should pick?