What really happened to the Gwyneth Paltrow takedown piece that was supposed to be published by Vanity Fair? Editor Graydon Carter explains. 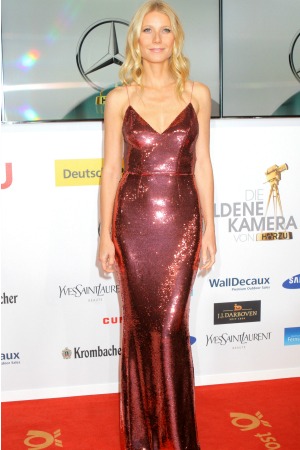 It’s the epic takedown piece that never was: Vanity Fair was supposedly planning an article that would have destroyed Gwyneth Paltrow’s personal and professional lives, raising the rancor of the Academy Award-winning actress who threatened to get all of her celebrity friends to boycott the magazine. But according to editor Graydon Carter, that’s not exactly how it went down.

In his March editor’s letter, Carter explains that the article was actually just a simple exploration of why public opinion of the actress is so sharply divided, with some loving her sense of personal style and filmography while others find her and her blog GOOP insufferable.

Paltrow got it into her head that Carter was planning to expose an alleged affair with real estate developer Jeffrey Soffer, who is now married to Elle Macpherson, and demanded that none of her celebrity friends cooperate with the magazine in any capacity, whether it be about her or anything else.

“Kim Jong-un couldn’t have issued a more blanket demand,” Carter wrote. However, the two kissed and made up after a long phone conversation.

“In October, Gwyneth called me. We talked for about 20 minutes about the story and her reaction, or over-reaction, to it,” he explained. “At one point, she asked my advice as to what to do to get the ‘haters’ on her side. I suggested putting on 15 pounds. I joked that it works for me. She replied I had put on much more than that. Which I thought was fair and funny.

“Two months after the phone call, Web sites lit up with news of a truce. We received more mail, much of it now criticizing us for caving. There had also been conflicting reports that Gwyneth had coerced George Clooney into not being on our cover — clearly not true.” Clooney appears on this month’s 2014 Hollywood issue.

“The fact is the Gwyneth Paltrow story, the one we ordered up, as delightfully written as it was, is not the one the anti-Gwynethites expect. That it has generated more mail and attention than many of the biggest stories we’ve ever published only makes the situation more complicated.”

Read the complete letter from Graydon Carter in the current issue of Vanity Fair.