Jon Gosselin claims that his ex-wife Kate Gosselin needs a psychiatric evaluation and that she’s turning their children against him. 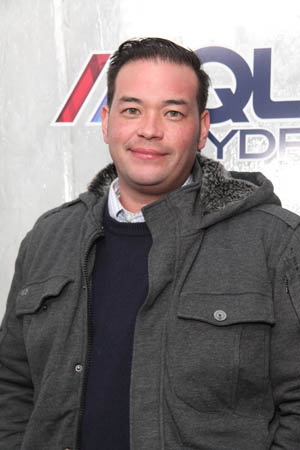 Former reality dad Jon Gosselin wants his ex-wife Kate Gosselin to undergo a psychiatric evaluation because she’s turning their kids against him.

Talking to E! News, Jon said he wants to have full care of his children until Kate gets a mental evaluation because she’s too controlling and manipulative.

“She instills fear in them and she controls their life,” Jon said. “I want temporary primary custody until Kate goes in [for] a psychiatric evaluation.” The divorced father of eight added that he can’t go to the front door when he visits to pick up the children. “I have to go to the gate and whoever comes out, I take.”

He went on to say that the People magazine article from Jan. 20, where Kate appears with twin daughters Mady and Cara on the cover, is “total f***ing bull***.” The piece was an update on how the family is coping after Kate Plus 8 ended its run on TLC in 2011. But Jon claims that the article “was edited using Cara and Mady” as the source of information.

“She’s trying to win their [favor] by making me look like a bad person,” Jon continued.

Following the People article, Kate took the twins on a press tour to keep talking about how their life is going after the show and to tell people that the family is doing well. However, while on the Today show a few weeks ago, Mady and Cara froze up when asked if they were doing all right, and their mom had to scramble to come up with an answer to ease the awkward situation.

After a few attempts at getting the twin girls to speak, host Savannah Guthrie finally got something out of Mady when asked if people had the wrong impression of the family.

“I wouldn’t say ‘wrong,'” Mady stated. “I would say not the full, like, story. Like, a lot of people think that filming our show has damaged us, but it’s only really helped. It’s not really done any… damage.”

When the girls were asked on The View about how they handled their parents’ divorce, they claimed that “it wasn’t hard” for them as they regularly saw both their parents. They added that since they were only 8 or 9 years old they “knew what was going on,” but didn’t see all the negative press in the media.