TSwift hasn’t had much luck in dating but still offers Glamour readers everywhere her advice for what to do — or what not to do. 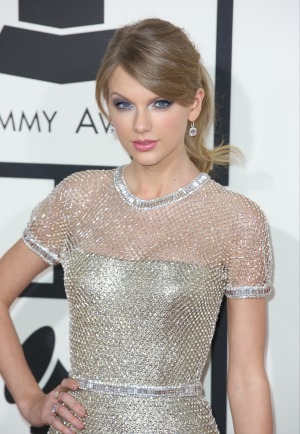 Taylor Swift has received a lot of criticism for her very public dating life. Not only does she date the very rich and famous, but when it goes bad, she writes about it. Swift is featured on the March 2014 cover of Glamour, and she shared some insight into her dating rules.

The singer was apparently giving dating advice during her photo shoot for the cover, including what she calls the “freeze-out.” According to Swift, this means, “You don’t respond to any of his texts or calls until he does something desperate [like] shows up. Or he calls and leaves a voice mail. Something that makes it very clear to you that he’s interested.”

Despite the success Swift has had in her professional life, she has (famously) had bad luck in her dating life. The interview reveals her age and that she feels guys make her play a game.

?”I think everyone should approach relationships from the perspective of playing it straight and giving someone the benefit of the doubt,” she said. “Until he establishes that this is a game. And if it’s a game, you need to win. The best thing to do is just walk away from the table.”

The 24-year-old said that it’s more of a screening process to see how much the guy likes you, adding that she has won if they come back, but “if they don’t, then they didn’t care enough to begin with.”

?”Guarding your heart and protecting your dignity are a little bit more important than clarifying the emotions of someone who’s only texting you back three words,” she added. “I’ve learned that from trying to figure out people who don’t deserve to be figured out. When someone seems mysterious, we like to romanticize that he’s ‘deep’ or ‘complicated.’ But a lot of the time, things are exactly as they seem. For a long time I was drawn to — and still am drawn to — people I find very interesting. [But] someone who sits and talks about themselves for an hour, you start to maybe wonder if, rather than trying so hard to be interesting, they could be a little bit more interested.”

Taylor Swift spends a night out with Harry Styles’ idol >>

The interview gives much more insight into who Swift is in relationships, but her songs show she is not that different from many other single 20-somethings. Her last tip may be the most important, and the most logical — she told Glamour readers to never yell in relationships.

?”Silence speaks so much louder than screaming tantrums,” she explained. “Never give anyone an excuse to say that you’re crazy.”