George Zimmerman says his celebrity boxing match isn’t about race — but his list of potential opponents sure makes it look otherwise. 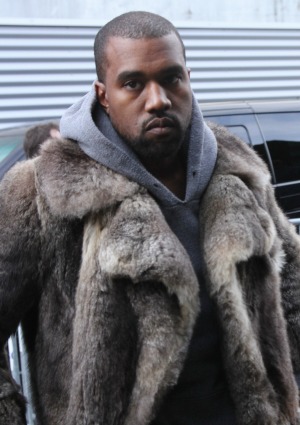 George Zimmerman is gearing up for a celebrity boxing match that he says will benefit charity — but it is his choice of opponents that is raising eyebrows.

Promoters for the fight say that the controversial figure, who was acquitted of the murder of Trayvon Martin under Florida’s “Stand Your Ground” law, would prefer to fight Kanye West for the most ironic reason: Because ironically, he feels West attacks “defenseless people.”

Promoters shared the choice with TMZ, telling them, “We’re not looking at it as a race thing… We haven’t discussed purple, yellow, white, black.”

West has not responded to the invitation. Instead, Zimmerman might be fighting another formidable enemy: Trayvon Martin supporter The Game, who is such a staunch advocate of the dead teen that he has his face tattooed on his leg.

He said of Zimmerman, “I would box him to knock him out… I would definitely take pleasure in it. It’s legal, and I want to show him you can solve your disputes without a weapon.”

The Game stands at a staggering 6 feet 5 inches tall and weighs about 240 pounds — most certainly an intimidating challenger for the much smaller Zimmerman.

Promoters have blinked first, saying there are about 4,700 people ahead of The Game in line for the fight — probably all much smaller.

However, Zimmerman is also interested in fighting DMX, who told TMZ, “I am going to beat the living f*** out him… I am breaking every rule in boxing to make sure I f*** him right up.”

While Zimmerman was acquitted of murder charges under Florida’s controversial “Stand Your Ground” law, many — including The Game — feel it was an unjust verdict. The U.S. Department of Justice has launched an investigation into the case to determine if Martin’s civil rights were violated.