Have you been wondering why Carly Rae Jepsen has seemingly disappeared off the face of the earth? It’s because she’s living every girl’s fantasy! 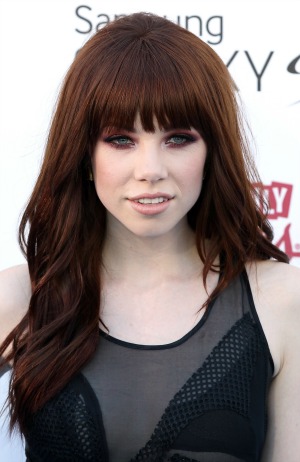 Since Carly Rae Jepsen shot onto the music scene with her hit track “Call Me Maybe,” the headlines have been pretty quiet about the star.

However, Jepsen has not disappeared from our lives forever. She has, in fact, landed the lead role in Rodgers + Hammerstein’s Cinderella, which will debut on New York’s Broadway stage on Tuesday night.

The anticipated production will run for three months, and the singer has revealed what it was like being the girl who gets to wear the glass slippers.

Jepsen revealed to MTV, ”It was surprisingly emotional. I think that it’s just such a classic tale and the shoes are so much a focal point to the whole thing and they were like, ‘What size are you?’ And I was just really happy that it actually fit. I was like it would be a bad omen if my first try, the size is off, but it did fit.”

The Canadian hit maker has really invested a lot of time and energy in her performance, and she has admitted that even when she dreams, her dreams are about Cinderella. Jepsen said, “It’s 24 hours and I sleep, I have dreams about Cinderella. Luckily, I have good people around me.”

Almost every little girl grew up wanting to one day be a princess and have a fairy-tale ending like that of Cinderella. Jepsen is clearly no exception and has found herself getting very emotional during the famous scene where Cinderella goes to the ball in a horse-drawn carriage.

Jepsen admits, ”Every single time this scene happens, I feel like balling like a baby. It’s so emotional, and she’s flying through the sky in the scene to get to the palace to meet Prince Charming. It’s every girl’s fantasy.”

The production is set to be a hit and the cast includes talented actress Fran Drescher, who is best known for her role in the hilarious TV series The Nanny.