Usually, one failed relationship is enough to put you off someone, but there’s obviously something electric between Jessica Szohr and Aaron Rodgers. 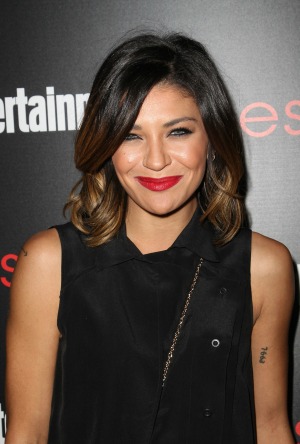 The former couple enjoyed a brief romance back in 2011, but according to Us Weekly, the pair reconnected over the holidays.

A source revealed to the mag that the Gossip Girl beauty and her NFL Green Bay Packers quarterback just couldn’t stay away from each other!

“They got back together over the holidays. They spent New Year’s together with a bunch of mutual friends,” the source said.

“They broke up because her schedule was crazy for a while and they just couldn’t stay together in that situation, but now they have been spending their free time together and things feel good. They fell right back into it.”

The couple were spotted with the celebrity matchmaker herself, Miss Taylor Swift, and the trio recently enjoyed a chilled night in town at Lucky’s Bowling Alley in Los Angeles, California. They were attending the after party for That Awkward Moment — a film about three single guys and the dating scene in New York City, New York, starring Zac Efron.

Swifty may not be all that lucky in love, but it appears the “22” singer gives some pretty good advice when it comes to matters of the heart. The source also revealed that Szohr asked for some advice from her gal pal.

Could the second time around have a fairy-tale ending for Szohr and her beau Rodgers? We will just have to wait and see.