Katy Perry is in a league of her own! The pop sensation has just become the most followed person on Twitter — ever. So what does she have to say about it? 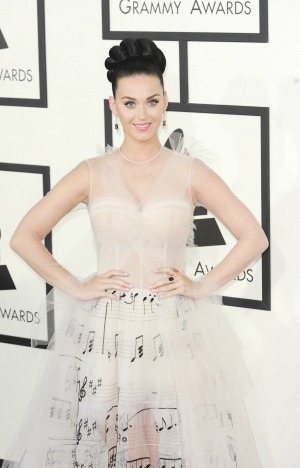 The world already recognizes Katy Perry as a superstar, but she has just cemented her status with her latest achievement of 50 million followers on Twitter, becoming the most followed person on the social networking website.

The “Roar” hit maker is always very appreciative to her fans for helping her attain such immense success, and she fondly refers to them as her “Katycats.”

She wrote, ”What a raging Friday night! Made a sandwich. Watched The Business of Being Born. Hung out with a cat. #imagrownwomanicandowhateveriwant.”

”Oh yeah and we grew to 50 million Katycats! Eh, regular day at the office. (sic)”

Since Perry has all this fan power, it would seem pointless to not benefit from it, so she has been using her popularity to help her beau John Mayer get back into using his Twitter account.

The “Gravity” singer just returned to Twitter on Friday and he needs a little help with gaining new fans. Luckily for him, he has Perry and her clowder of loyal fans to quicken the process.

Perry took to Twitter to urge her fans to follow Mayer. She wrote, ”Follow Friday @JohnMayer who’s account has basically been in a coma state for a couple of years. Let’s update him on all the cat youtubes he may have missed pls! Thanks! (sic)”

Mayer revealed he was uncertain whether he should rejoin Twitter or not, but we’re guessing his pop star girlfriend had a say in that.

He then shared that his decision to rejoin Twitter was not an easy one. He wrote, ”I’ll be honest, when it came to rejoining twitter, I had mixed emojis. (sic)”