Is Naomi Campbell a bullying beauty with a grudge against Russians? One The Face contestant alleges so, and is in therapy to cope with the reality show trauma. 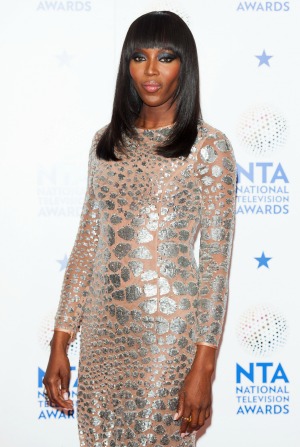 Naomi Campbell‘s reputation has once again come under fire. The supermodel, who is known as much for her glamorous looks as she is for drama off the runway, has been accused of being a bully.

Kira Dikhtyar, who competed on the second season of The Face, has taken her gripes about the stunner’s behavior to the New York Post.

Naomi Campbell mugging claims are “bizarre” according to police >>

“She’s an amazing woman, but it’s very hard to work with her. She put all her [negative] energy on me. After filming ended, they sent me to doctors. I’m still recovering. The network is still paying for my psychiatrist.”

A friend of Dikhtyar’s is quoted as vouching for Campbell’s less-than-role-model behavior, adding, “No matter what Kira did, there was no way to please her.”

Could it be Campbell, who is pictured here at the National Television Awards in London on Jan. 22, has a hardened heart to the people of Russia due to her ugly 2013 breakup? You may recall Russian mogul Vladimir Doronin was caught cozying up to model Luo Zilin, whom Campbell hand-picked for The Face, just as word of their relationship troubles made headlines.

Naomi Campbell tells The Face: Look out for No. 1 >>

Last year the no-nonsense coach and judge opened up to SheKnows with her advice for the contestants about moving past the drama with friends and enemies.

“They’ve got to learn to separate it. Each one is an individual and that’s what you get,” she said with a laugh. “It’s not that I don’t have any empathy for them, what they’re saying and what it’s about. But what this is to me is a business. It’s a competition.”

Do you believe Naomi Campbell deserves to be called a bully?