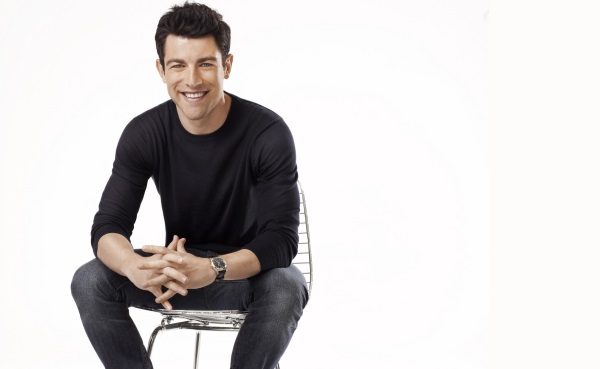 Don’t let The Mindy Project‘s hiatus worry you, Mindy fans. The show’s star and creator has a game plan for keeping herself on air. Part of that plan: A guest appearance from New Girl‘s Max Greenfield, the hilarious and sexy guy who plays Nick and Winnie’s BFF, Schmidt.

The show hasn’t released tons of details yet, but here’s what we know: Greenfield will play Lee, a “player” at a bar. He may be hot, but he’s up to no good! What kind of “no good” is still unclear, but we can’t wait to find out!

From day one, Greenfield has been a key factor in New Girl‘s success. Having him follow up his regular show with an appearance on Mindy Project is a smart move. Hopefully, his spot will pull in some of the New Girl fans. Mindy Project may have a devoted following, but it doesn’t get quite the same viewers and ratings as New Girl. It averages about a million views less than New Girl and Brooklyn Nine-Nine, which air the same night on Fox.

Love New Girl? 15 Reasons why Nick is the perfect guy >>

Another helpful plot twist: That steamy, mile-high kiss that Mindy and Danny shared in the last show before the hiatus. After a season and a half of just missing each other, Danny seemed to finally understand that the short, sassy doc was perfect for him. In an effort to keep her from going back to Cliff, the lawyer, he snatched her up and kissed her on a plane ride home for Los Angeles. What will happen in the Project‘s April return, though? Will Mindy and Danny try to date, or awkwardly ignore the spur-of-the-moment move? It’s hard to know what to choose. On one hand, if they allow Danny and Mindy to end up together now, it’s sure to end in a break-up further down the road. If the show pulls them back apart now, they’re likely to frustrate fans: The last thing the show needs right now.

It’s a tough decision, but we’re sure we’ll love whatever they choose.