Chris Brown has been in trouble with the law for nearly five years, but avoided more jail time by extending his stay in rehab. 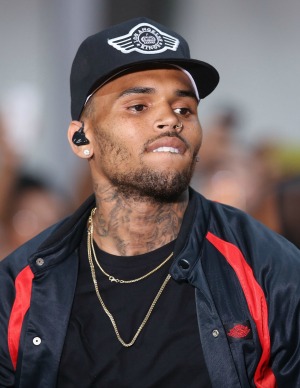 Chris Brown scored a big win in a Los Angeles County Court on Monday, Feb. 3, when a judge decided not to send him to jail on an assault charge in Washington D.C. in 2013.

According to Reuters, the Los Angeles Superior Court judge opted for rehab instead of jail time, despite prosecutors’ requests. That rehab includes both substance abuse and anger management rehabilitation, and was allowed because Brown had been doing a good job with his court-ordered program. Judge James R. Brandlin said it would give Brown an “adequate safety net.”

The singer was sentenced to 90 days in the treatment program back in November, and the judge said his time should be extended, rather than sending him to jail.

The case came from an alleged assault Brown committed back in October, when he reportedly punched a man who wanted to get a picture with him. Witnesses said Brown yelled a homophobic slur and then punched the man, saying, “I’m not into this gay s***, I’m into boxing!”

The assault resulted in a broken nose for the man, and was more trouble for Brown, who has been in and out of the court system since his 2009 assault on his girlfriend at the time, Rihanna. His probation from that case was extended in 2013 after prosecutors said he wasn’t fulfilling his community service commitments.

The 24-year-old pleaded not guilty to misdemeanor assault in the Washington, D.C. case, but reportedly said no to a deal that would have him pleading guilty to simple assault. Back in December, the judge said he was happy with Brown’s progress after the treatment center said he was able to “emotionally regulate himself.”

With Brown back in rehab and the judge saying he is happy with his progress, it’s possible Brown is actually on his way to improvement. 2014 may be the year for recovery for the singer.