Fans of Rachel Zoe’s Bravo TV reality show might be surprised to hear that she’s choosing to prioritize family over her fashion empire. 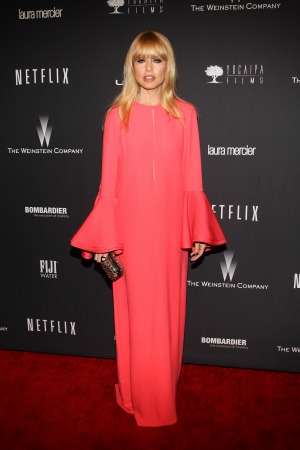 Even though she has a global fashion empire, that doesn’t mean she puts business before family. On Monday, Rachel Zoe decided to put a halt to her New York Fashion Week presentation.

The show was expected to occur on Feb. 13 during one of fashion’s most important weeks of the year. The stylist sent an email out to ticket holders and apologized for the last-minute cancellation. It was just too close to the birth of her second son, Kaius Jagger.

She explained to fashion publication WWD, “While I look forward to New York Fashion Week each season, I’ve made the difficult decision to move our fall 2014 runway show from Feb. 13 in New York to a later date in Los Angeles. As a new mother, my newborn son is too young to travel with me, and I’m unable to leave him for the amount of time required to appropriately prepare for the show in New York.”

The week won’t be a complete wash for Zoe though. Her company will still be taking appointments on Feb. 10 for buyers who are interested in her new collection. The 42-year-old mom described her new line as “French bohemia with mod elements.”

This is quite a change of pace for the workaholic fashionista. On her Bravo TV reality show, she was often seen putting her business ahead of husband Roger Berman. Now that she has two sons, Skyler, 2, and Kaius, 1 month, it looks like motherhood has changed her priorities.

The fashion world will still go on and Zoe’s boys will be happy to have their mom at home.