Philip Seymour Hoffman’s life ended too soon, and his cast mates from The Hunger Games are still in shock over his death. 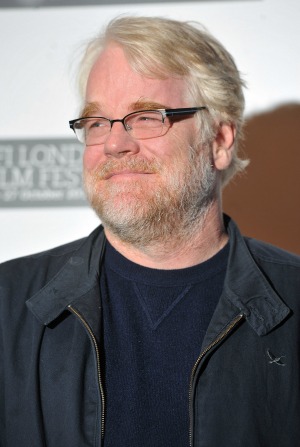 The loss of Philip Seymour Hoffman stunned movie fans across the world, but also everyone who has ever worked with him and saw the amazing amount of talent he had. The actor is being called one of the best of his generation, and was lost too soon. Hoffman leaves many projects unfinished, including The Hunger Games series.

The three books in the Hunger Games series were split into four films, and the studio said Hoffman only had seven days left of filming for his role as Head Gamemaker Plutarch Heavensbee. The cast of The Hunger Games is in shock after losing the man they had become so close to while filming.

“Words cannot convey the devastating loss we are all feeling right now,” the statement said (via Us Weekly). “Philip was a wonderful person and an exceptional talent, and our hearts are breaking. Our deepest condolences go out to his family.”

Lionsgate released a statement soon after Hoffman’s death, saying, “Philip Seymour Hoffman was a singular talent and one of the most gifted actors of our generation. We’re very fortunate that he graced our Hunger Games family. Losing him in his prime is a tragedy, and we send our deepest condolences to Philip’s family.”

Sam Claflin, who plays Finnick Odair in the films, tweeted his grief over losing Hoffman.

The next film, The Hunger Games: Mockingjay — Part 1, had completed filming, but Part 2 had not. The studio hasn’t said if the story would change because of Hoffman’s death, but they did say the release dates for the next two films — set for Nov. 21, 2014 and Nov. 20, 2015 — will not be changed.