The days and months leading up to the death of Philip Seymour Hoffman were not happy ones, friends of the late actor reveal. 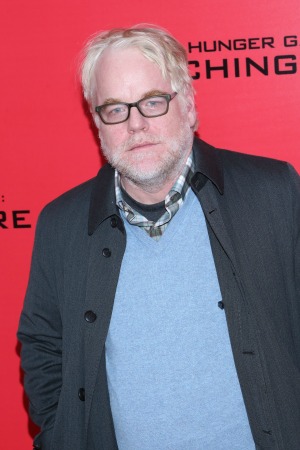 The ignominious death of lauded actor Philip Seymour Hoffman was the final chapter of months spent in a downward spiral, friends have revealed.

Hoffman was reportedly found with a needle sticking out of his arm along with an astounding 50 bags of heroin, according to TMZ, plus another five that were empty, and was allegedly spotted drinking at an airport bar three days before he died — unusual for a man who had gone 23 years without a drop.

But it turns out Hoffman’s rehab stint in May was just the beginning of a downward spiral.

Hoffman had been sober for 23 years after relapsing on pills in 2012, then coming dangerously close to a full-blown IV heroin addiction last spring, friends say, and the fear of what could happen sent him running to rehab. But whatever happened there apparently did not stick. While Hoffman was working steadily, including securing a deal for the Showtime series Happyish, he separated from his longtime partner Mimi O’Donnell, was living in an apartment he had rented as an office and was only seeing his kids part-time. He was scheduled to shoot seven more days’ worth of scenes for The Hunger Games: Mockingjay Part 2.

Just two weeks before his death, witnesses say Hoffman appeared unkempt and distracted at the Sundance Film Festival and was reluctant to talk to the press, but did eventually give a few interviews to promote his films God’s Pocket and A Most Wanted Man.

According to TMZ, Hoffman was spotted at an ATM with two men the night before his death in what appeared to be a large drug deal. Police are trying to get their hands on the footage. The actor was a no-show to pick up his children at 9:00 Sunday morning; O’Donnell summoned friend and playwright David Bar Katz to check on him at the apartment he had been renting for the last three months, just blocks away from O’Donnell and the children.

But Katz, who found the body, said he had no idea Hoffman had fallen this far. “I saw him last week, and he was clean and sober, his old self,” he told The New York Times. “I really thought this chapter was over.”