ABC will be making a move into the zombie genre with the new series Resurrection. Find out what to expect from the new drama so you can plan your spring viewing schedule early. 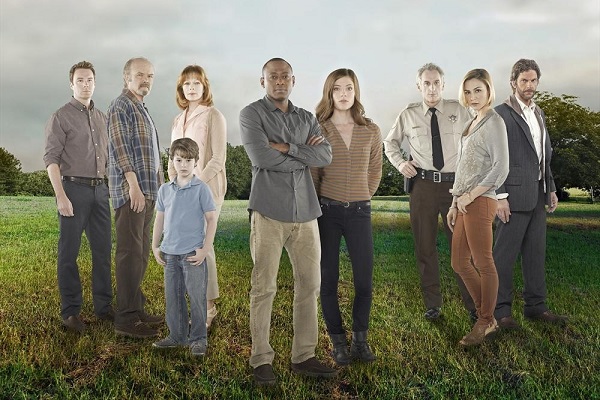 As we move further into February and after the conclusion of the Olympics, another onslaught of new programming will be upon us. One such show is an offering from ABC called Resurrection.

Read our take on The Returned, on which Resurrection is loosely based >>

ABC is the latest network getting into the zombie game, although Resurrection has less in common with The Walking Dead and more with a less-traditional French series that aired in 2012 on the Sundance Channel, The Returned. It begins with a boy named Jacob “waking up” in China, unsure how he got there (or at least he isn’t telling). At first, he doesn’t speak — much like the kid from The Returned — and he also seems to have an insatiable hunger. But that’s about where the similarities end.

The Walking Dead sneak peek videos: Who will survive? >>

While The Returned contemplated issues surrounding the emotions involved with the return of a loved one and the mysterious circumstances in which they appeared, it seems Resurrection will focus on the former more exclusively.

There wasn’t any indication that anybody knew how or why the child returned, or could even prove beyond a doubt he was the same boy who died and was buried 32 years prior. The urgency instead focused on adjusting to Jacob’s return and deciding how to incorporate him back into their lives.

What’s interesting about interpretations of the zombie genre like Resurrection is that life goes on without the dead and both they and their family have to make up for lost time when they return because they’re functioning beings. They aren’t a threat (that we know of) and are openly accepted, despite the apparent oddity of the situation.

Mixology serves its characters with sex and humor >>

For the dead, picking up where you left off when everyone and the world around you changed would be overwhelming. For those who lived on, it offers both the ultimate fantasy and challenge. What do you do when your dreams come true and what if reality doesn’t live up to them? How do you fight rational thought and set aside everything you believed in to accept what is before you? The simple question is: Do you want to believe?

Enjoy the trailer for a better idea of what to expect.

www.youtube.com/embed/0e7vp9yMTuA?rel=0
The series stars Omar Epps (House) as an immigration agent returning the lost child to his parents; Frances Fisher (Touch) and Kurtwood Smith (That ’70s Show) as Lucille and Henry Langston, the young boy’s parents; Samaire Armstrong (Dirty Sexy Money) as Elaine, a young woman who lost her father years earlier and Matt Craven (Justified) as the town sheriff and the man who seems least likely to believe that the dead can return.

Resurrection will air on ABC on Sunday nights at 10/9c. It makes its debut on March 9.