Caroline Goddard, SheKnows Editorial
February 3, 2014 at 1:10am AM EST
Share

Woody Allen has responded to his daughter Dylan Farrow’s accusations of sexual abuse — and so have two of the stars she called out in The New York Times. 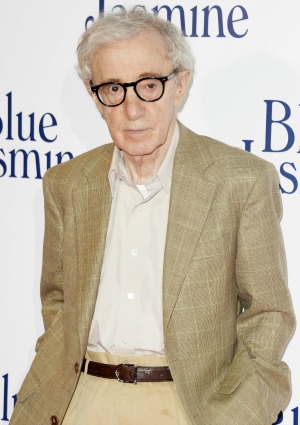 Woody Allen, Cate Blanchett and Alec Baldwin are all responding to Dylan Farrow’s scathing letter to The New York Times. In that letter, Farrow detailed the sexual abuse that she alleges she suffered at the hands of her adoptive father, and she called out Hollywood for continuing to support him.

In response, Blue Jasmine director Allen issued a short statement through his rep, saying, “Mr. Allen has read the article and found it untrue and disgraceful. He will be responding very soon. In the meantime, it is essential that your coverage make the following facts clear: at the time, a thorough investigation was conducted by court-appointed independent experts. The experts concluded there was no credible evidence of molestation; that Dylan Farrow had an inability to distinguish between fantasy and reality; and that Dylan Farrow had likely been coached by her mother Mia Farrow. No charges were ever filed.”

Actors Cate Blanchett and Alec Baldwin, who were named by Farrow as just two of the many power players in Hollywood who continue to support Allen despite his checkered family history, called the situation a family problem.

When reporter Jeffrey Wells approached Blanchett outside the Santa Barbara International Film Festival and asked her for her thoughts, she said noncommittally, “I mean, it’s obviously been a long and painful situation for the family, and I hope they find some sort of resolution and peace.”

Baldwin got a bit more heated, as he is wont to do, after a Twitter user asked him to apologize to Farrow.

“What the f*** is wrong w u that u think we all need to b commenting on this family’s personal struggle?” he wrote in tweets that have since been deleted. “You are mistaken if you think there is a place for me, or any outsider, in this family’s issue.”