Magic wands around the world are being snapped in two with the news that Harry Potter‘s author regrets the famous literary love connection of Ron and Hermione. Read J.K. Rowling’s real motivation behind their marriage and why she hopes she’s not “breaking people’s hearts.” 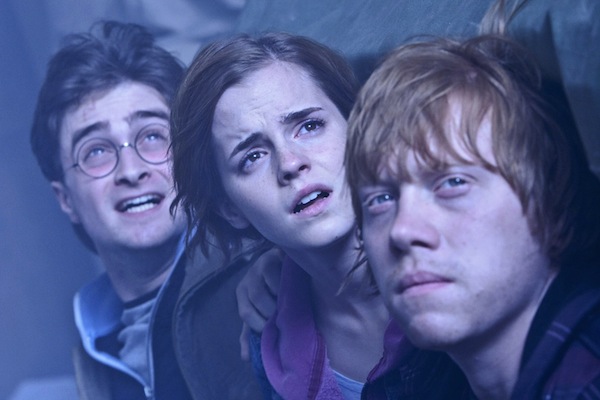 Love, even wizard-style, can be wonky and unpredictable. In an article for Wonderland magazine that was guest-edited by The Bling Ring star Emma Watson, Harry Potter author J.K. Rowling suggested that Hogwarts heroes Harry and Hermione were really a better match and that wedding bells should have rung for them. Poor Ron!

These excerpts from the interview with Rowling were printed in the British newspaper The Sunday Times:

“I wrote the Hermione/Ron relationship as a form of wish fulfillment. That’s how it was conceived, really. For reasons that have very little to do with literature and far more to do with me clinging to the plot as I first imagined it, Hermione ended up with Ron.”

Um, that’s not exactly a minor plot point. You’d think The Cuckoo’s Calling‘s author would have had a clearer idea of who should have married whom, considering she created the characters.

J.K. Rowling reveals herself as author of The Cuckoo’s Calling >> 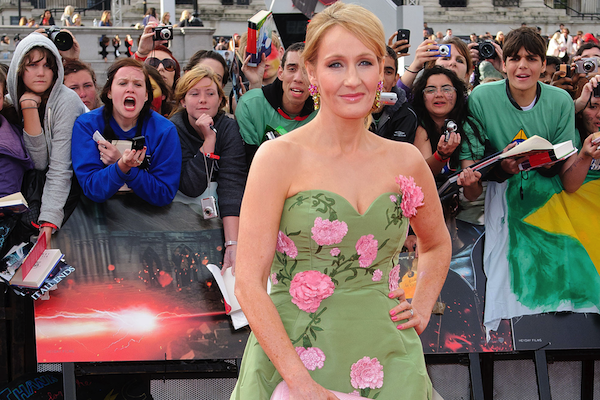 Suspecting she may have angered many Potterheads with this revelation, the author also said, “I’m sorry. I can hear the rage and fury it might cause some fans, but if I’m absolutely honest, distance has given me perspective on that. It was a choice I made for very personal reasons, not for reasons of credibility. Am I breaking people’s hearts by saying this? I hope not.”

So, is there a divorce in Hermione and Ron’s future? We Muggles think probably not, since Ron and Hermione’s two kids, Rose and Hugo, would then be raised in a broken home — and that certainly isn’t magical.

Hopefully, more insight into the Harry Potter characters will be revealed in the interview. The issue of the British magazine Wonderland with Emma Watson on the cover will be out on Feb. 7.