Philip Seymour Hoffman was found dead in his New York City apartment today. Hollywood and the rest of the world are shocked and saddened by the news. 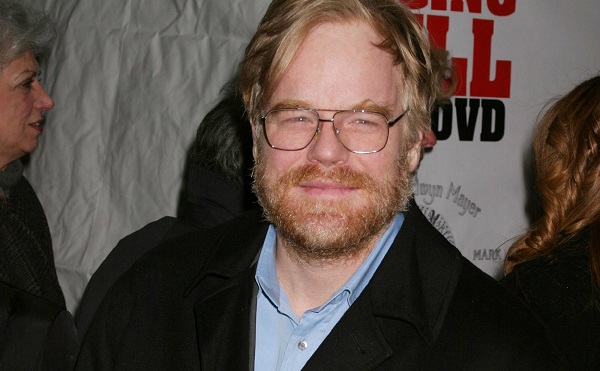 The Wall Street Journal is reporting that acclaimed actor Philip Seymour Hoffman was found dead in his apartment on Sunday, just before noon. Hoffman’s résumé was long and illustrious, and because of his past struggles with drugs, many agencies are already reporting that Hoffman died of an overdose. While we most likely won’t know the official cause of death for some time, we already know that hearts all over the world — and especially in Hollywood — have broken upon hearing the news. Hoffman’s death sent a wave of sadness through the hills and left a permanent mark on Twitter this afternoon, as his group of A-list friends and admirers reacted to the news.

Rainn Wilson of The Office tweeted the news, sharing his love and respect for Hoffman, calling him one of the “greatest, kindest actors” ever.

Meanwhile, Tom Hiddleston — the man behind Loki and so much more — tweeted that the news was “unbearably sad.” We couldn’t agree more.

They weren’t the only ones who felt gutted, though. Breaking Bad’s Aaron Paul took to Twitter to share his sadness over the loss of his friend. Plus, The Nerdist‘s Chris Hardwick, Kat Dennings of 2 Broke Girls and many more shared their grief over the terrible news.

Hoffman’s next role was supposed to be Happyish on Showtime >>

Hoffman may have been an actor, but his legacy extended past Hollywood and reached many musicians and writers as well. His role as legendary rock critic Lester Bangs in the Cameron Crowe film Almost Famous served as many people’s first connection to Bangs, who also left us too soon. Everyone in the music industry, from various music writers to Ellie Goulding and Colin Meloy, commented on the actor’s passing.

Hoffman will surely be missed and mourned.

Have this and less depressing celebrity news delivered to your inbox: Sign up for our newsletter >>