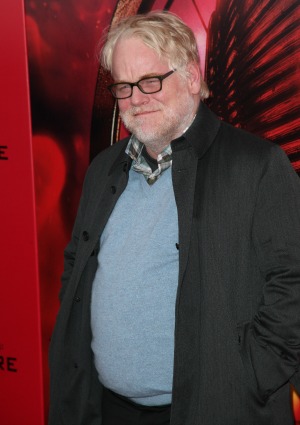 The lauded character actor, who won the Academy Award for Best Actor for his work in the 2005 film Capote, was found dead in his New York City apartment. A source told TMZ that the actor was found with a needle in his arm. (Updated Feb. 28, 2014: The New York medical examiner has ruled Hoffman’s death was from an “acute mixed drug intoxication, which included heroin, cocaine, benzodiazepines and amphetamine.”)

The Hoffman family released a statement Sunday afternoon, saying, “We are devastated by the loss of our beloved Phil and appreciate the outpouring of love and support we have received from everyone. This is a tragic and sudden loss and we ask that you respect our privacy during this time of grieving. Please keep Phil in your thoughts and prayers.”

Hoffman had a long history of drug problems. After achieving 23 years of sobriety, Hoffman fell off the wagon in 2012 and checked into rehab for heroin addiction in May 2013.

“He recognized it and took care of it,” an insider told E! News at the time. “He’s doing well and back to work.”

Going back to work meant filming Showtime’s upcoming black comedy Happyish, in which Hoffman was to portray a middle-aged businessman struggling to come to terms with a work environment in which all his bosses are half his age. The show had been picked up for a 10-episode season rumored to begin in late summer or early fall. It is unclear how much filming had been completed by the time of the actor’s death.

Hoffman earned a long list of awards and nominations in his career, the apex of which was his Oscar for Capote. The role also brought him a BAFTA, a Golden Globe, an Independent Spirit Award and a SAG Award, among almost two dozen others. He made his directing debut in 2010 with the independent film Jack Goes Boating.