Get a glimpse of Game of Thrones Season 4, including all the characters we love and love to hate.

We’re only a few short months away from the epic return of Game of Thrones Season 4. Remember that little event aptly named the Red Wedding. Yeah, things are only going to get crazier and more epic. Season 4 is promising to pick up right where we left off with all sorts of crazy adventures.

The photos released by HBO feature all of our favorite and least favorite characters, but only one character is smiling. Can you guess who? We really hope he won’t have much to smile about for long.

Scroll through the images below to get a sneak peek at the return of the show. 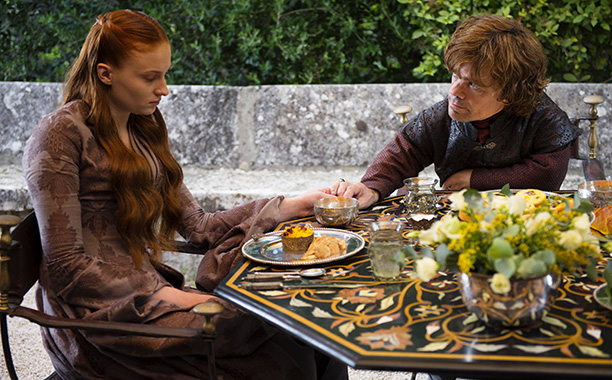 Poor Sansa is all alone with no one to trust. It looks like Tyrion (Peter Dinklage) is trying to comfort her here. We really do find his attempts to be a good husband incredibly endearing. 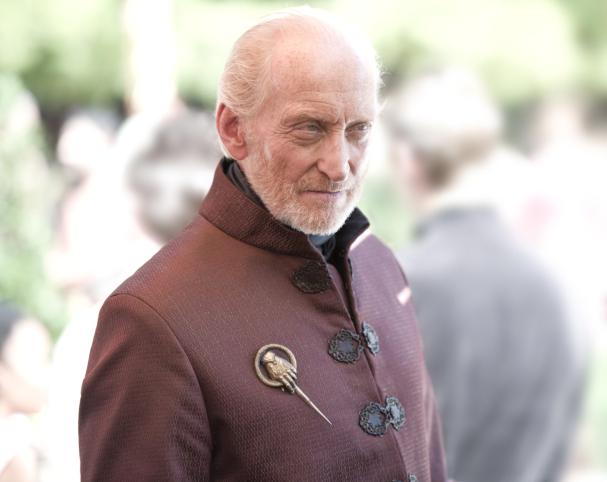 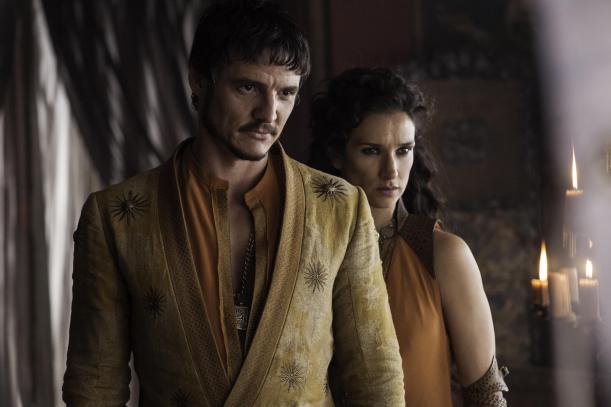 There will be plenty of new faces in Season 4, including the two pictured above: Prince Oberyn Martell (aka the Red Viper) and his lover Ellaria Sand. Oberyn will enter the story seeking revenge against the Lannisters. 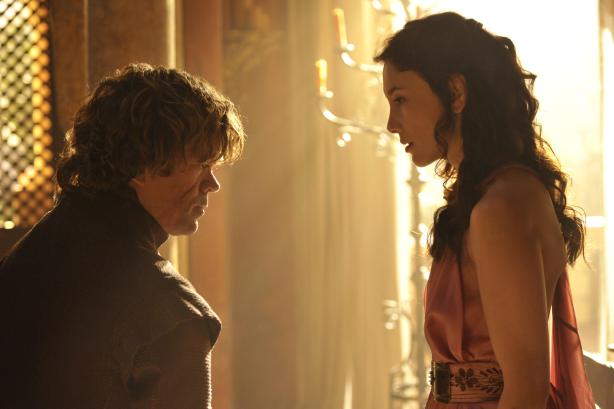 Just because Tyrion is married to Sansa now doesn’t mean his love story with Shae has come to an end. Far from it, in fact. There is a lot to unfold around these two in Season 4. 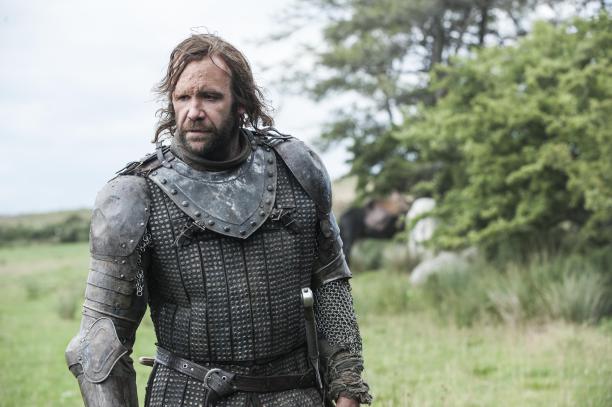 The Mountain returns to Game of Thrones >> 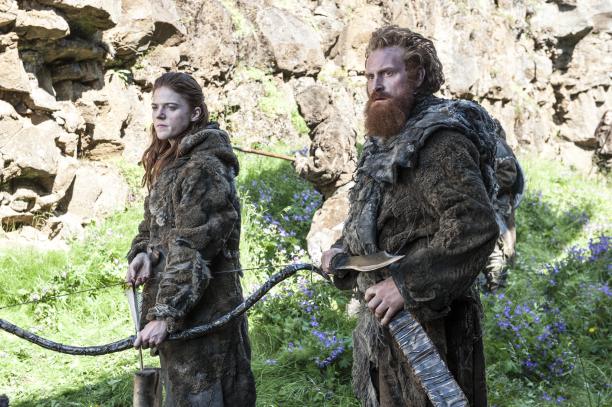 We know Ygritte isn’t messing around with that bow in her hand, especially after the end of Season 3. The Wildlings will continue to be a threat to Westeros into Season 4. 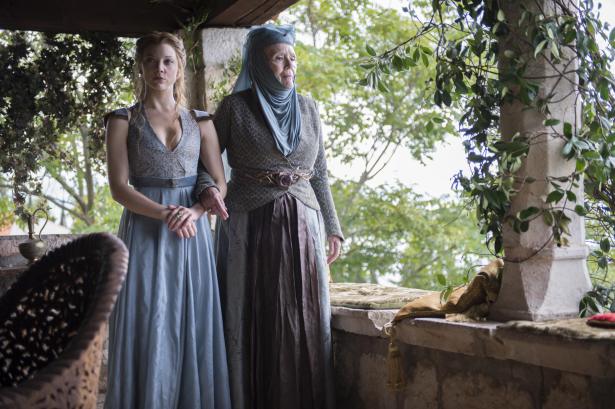 It looks like Margaery will still be sporting that dusty blue in the upcoming season. Perhaps it won’t be long until she replaces that color with the crimson and gold of House Lannister? 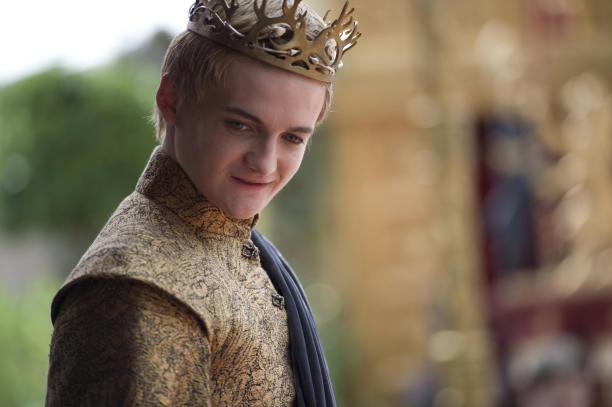 There’s that smile! It’s so creepy — and disappointing to see. It’s time for someone to wipe that grin off his smug face, already — right? 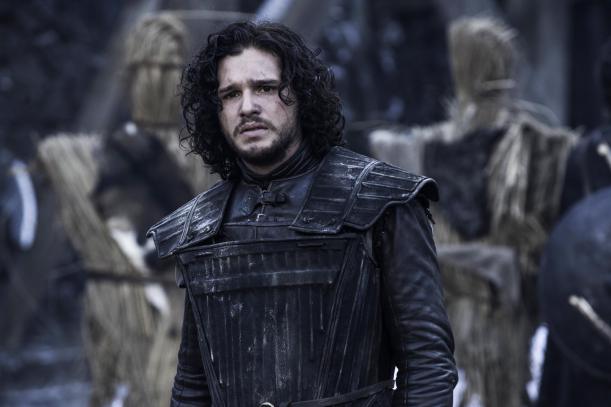 Now that Jon Snow (Kit Harington) is back with the Night’s Watch, can he forget Ygritte? If this picture is any indication, the road ahead will be a rough one for the poor guy. You know what they say: Winter is coming. Shouldn’t it be here by now? 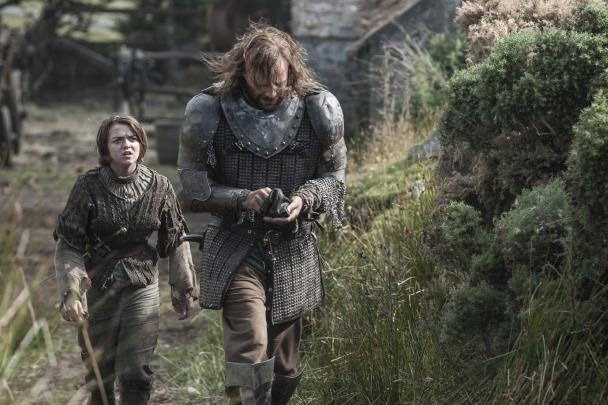 Arya will continue her journey with the Hound following the Red Wedding. She doesn’t have anyplace to go now. We just hope that she eventually finds her way back to some member of her family somewhere. Poor girl. 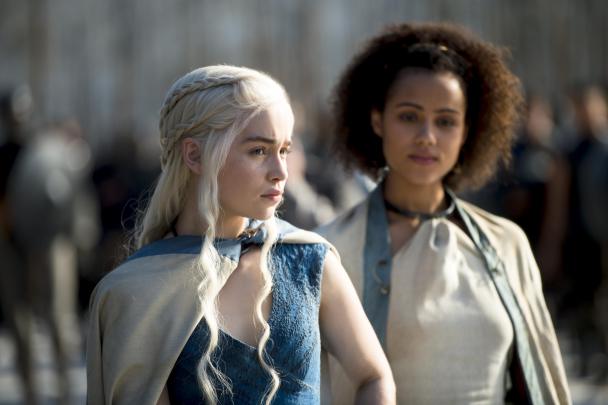 Killer expression? Check. Loyal followers? Check. Army? Check. Dragons? Check, check, check. Coming soon: Dany gearing up to take back her crown. Admit it, we all strive to be as cool as she is. 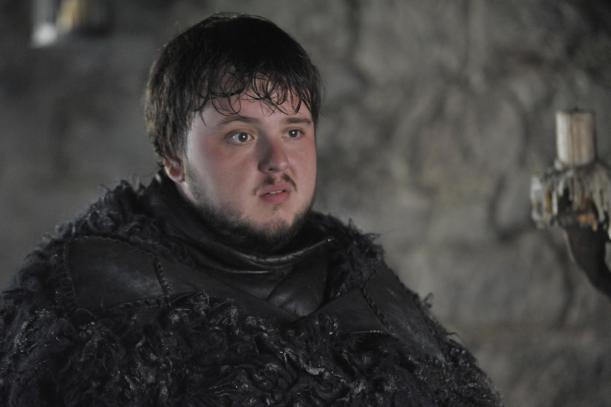 This expression perfectly sums up Sam in a photo. We can’t wait to see what trouble he’ll get himself into in Season 4. Hopefully, it involves Gilly. The Night’s Watch really needs to relax on those vows of theirs. 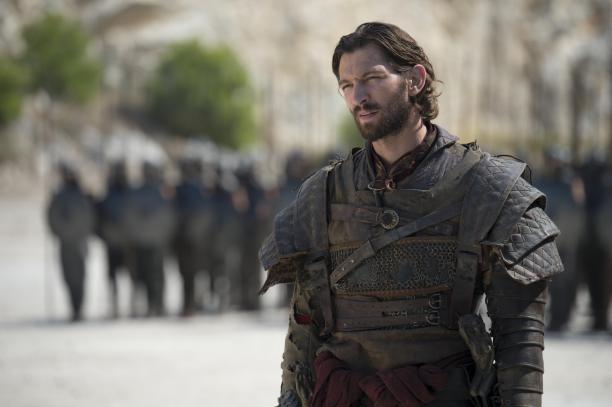 Another new face this season will be Daario, though he won’t be a new character. You’ll remember him as Dany’s blue-eyed love interest from last season. Meet the new tall, dark and handsome actor who is taking the former’s place. 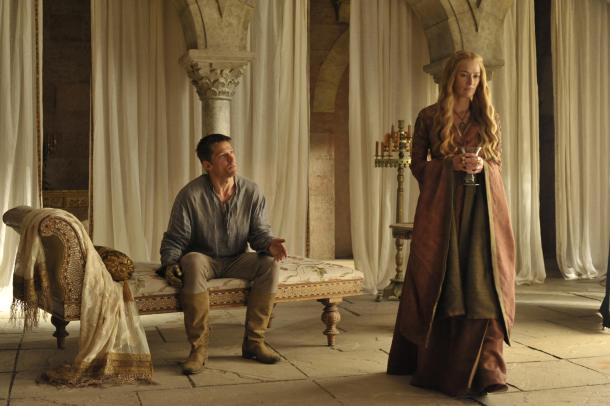 Last, but definitely not least, is this image of Jaime and Cersei (Lena Headey). First of all, this image is clearly not a happy reunion photo. Cersei looks upset, and Jaime looks as if he’s trying to explain something to her. Plus, he’s clearly wearing a prosthetic hand. That thing looks about as comfortable as these two in this photo. All is clearly not well in the land of Lannister love.

Game of Thrones Season 4 is set to premiere April 6 on HBO.