Ready to rock out before the Super Bowl? The Bud Light Hotel, floating out in the Hudson River, has got you covered! 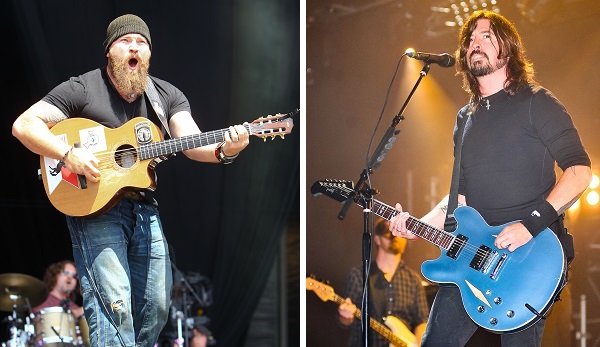 Just off Manhattan on the Hudson River floats a brand-new luxury liner bringing the very best of what the music industry has to offer. It’s dubbed the Bud Light Hotel, and fans have already enjoyed two nights of amazing music there. The producers will top it all off with another night of epic gigs on Saturday. Don’t be discouraged if you can’t be there in person, though — it’s all live streaming on RollingStone.com

Don’t forget the halftime show! Bruno Mars is freezing just for us! >>

Here’s what you’ve missed so far. It all started on Thursday with the Roots, RUN-DMC and Busta Rhymes. On Friday, Cincinnati’s WALK THE MOON rocked the boat for fans, playing tracks off their debut album and debuting a new song written over the holidays. The guys sported their trademark neon war paint and gave much love to the fans (and the Bengals) back home. Then they turned over the stage to Imagine Dragons. Coming off the high of performing with Kendrick Lamar in an explosive set at the Grammys, the energetic gang performed songs off their debut album, Night Visions. They also did an inspired cover of U2’s “With or Without You” and an awesome version of Blur’s “Song 2” (dedicated to all the moms — awww!). They’ll end their amazing week by performing on Saturday Night Live.

Cutest Super Bowl tweet ever? The winners are Patrick Stewart and Ian McKellen >>

Before you switch on SNL, though, make sure to check out the Rolling Stone live feed tomorrow night for what is sure to be a spectacular performance from Zac Brown Band and Foo Fighters. If the pairing seems weird, you’d be surprised. Foo Fighters frontman Dave Grohl recently worked with Zac Brown Band on the latter’s new album. We’re sure ZBB will be awesome, but we’re most stoked to see Foo Fighters back in action. Are there more social things you could be doing with your Saturday night than hanging out in front of a computer screen? Yes, but you aren’t going to want to miss this performance.

Pregame with our boys, Brown and Grohl, to help put you in the mood for Sunday’s big game and even bigger halftime show!

Want more music and TV news? Sign up for our newsletter! >>