It’s another boy for Owen Wilson! The actor has welcomed his second child, making firstborn son Ford a big brother. 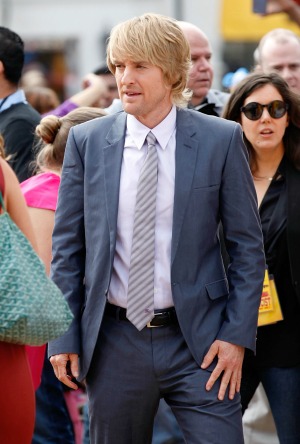 Owen Wilson‘s baby has arrived! Congratulatory wishes are in order for the Free Birds actor, who now has two little boys to raise.

Caroline Lindqvist, the 45-year-old star’s personal trainer, gave birth to their first child together on Thursday. Wilson is already dad to a 3-year-old boy named Ford, whose mother is ex-girlfriend Jade Duell.

A rep for Wilson has confirmed baby number two’s birth, though declined to provide any further details about his arrival, including what the non-couple will call him.

As for son Ford’s name, the talented father explained previously he and Duell “thought it was a good name, a very American-sounding name, and I don’t know a lot of kids named Ford so it seemed kind of original.”

“And now, it’s just like what I was saying to you, I can’t imagine him having any other name because he is Ford.”

The Zoolander actor, who is notoriously tight-lipped about his private life, has not addressed the nature of his relationship with Lindqvist, who was reportedly still married at the time their child was conceived.

“Owen and I decided to have a child even though we’re not in a relationship,” the 44-year-old trainer told Sweden’s The Local last October after word of her pregnancy made headlines. “And we’re not planning on starting a relationship, either.”

Lindqvist went on to clarify, “Owen and I are two close friends having a baby together. We are really looking forward to it and can’t wait to welcome our child at the end of January.”

What name would you suggest for Owen Wilson’s new baby boy?