Another day, another Justin Bieber story. On Friday, the singer was held in New Jersey while his private plane was searched for marijuana. 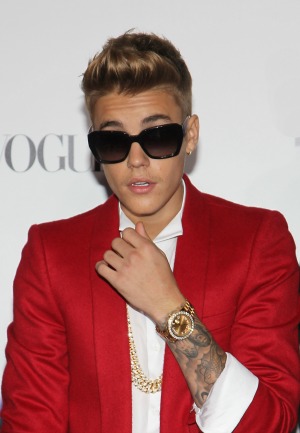 Justin, Justin, Justin, when will you ever learn? Justin Bieber and his entourage were searched on Friday at the Teterboro Airport in New Jersey after their private jet landed from Toronto.

The troubled pop star faced charges in Canada earlier this week for criminal assault stemming from an altercation with a limo driver in late December. He headed back to the U.S. today to participate in Super Bowl weekend activities.

According to TMZ, the group was immediately held for questioning because authorities noticed a strong odor of pot emanating from the plane. The “Baby” singer, his friends and his dad, Jeremy, were all onboard the international flight.

A canine-search team boarded the flight to check for marijuana, but TMZ is reporting that they came up empty-handed. Without any evidence, the entire group was released.

It’s just the latest in a series of incidents for the 19-year-old musician. From his arrest in Miami for DUI and drag racing, to allegedly egging his neighbor’s house, fans are starting to get fed up with his immature shenanigans.

Even fellow stars are weighing in on how to help the Biebs. Miley Cyrus suggested that he party in his own home and her dad Billy Ray Cyrus wants to take him camping and help him become one with nature. Everyone has an opinion, but no one seems to be getting through to him.

Let’s hope he shapes up before it’s too late.