It’s already here: the first finale of Ravenswood! Hanna decides it’s time to confront Miranda about stealing her guy. What do you think will happen when she discovers the truth Caleb has been hiding about his new town? 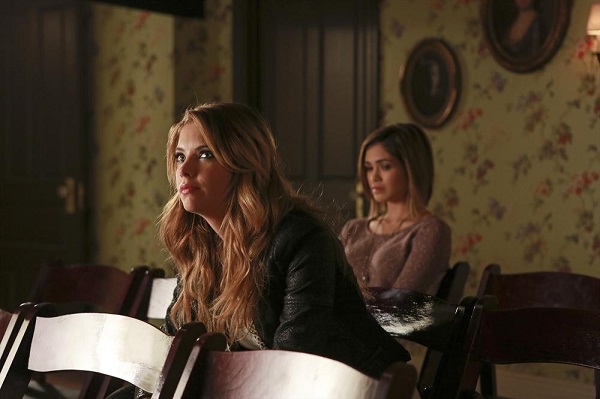 It’s here! We’ve reached the end of the road for the current episodes of Ravenswood! In the winter finale, Ashley Benson is going to take a detour from Pretty Little Liars when Hanna pays a visit to her former flame. Caleb is shocked when she arrives to confront Miranda about stealing her guy!

It’s safe to say that Caleb is going to have to come clean about Miranda’s fate. Knowing Hanna and her big heart, she’s going to feel awful about it. How can you fight with a ghost?

Luke and Olivia are going to find out what really happened to their father, and Dillon’s going to make a drastic move when he feels as though all of his options have run out. As expected, everyone’s lives will be in danger when Remy goes missing and the rest of the five try to rescue her, which leads to an intense showdown.

What do Pretty Little Liars and Now and Then have in common? >>

In this first clip, Collins is snipping something off of a deceased member of the community (it doesn’t look like hair) while he and Mrs. Grunwald discuss whether Dillon has the fortitude to take care of business.

Here, Remy and Luke research another group of teen deaths. One of the kids was named Ryan Atwater and he and his friends worried about their blind friend. Could the blind friend be who Remy saw shortly before Collins and Dillon drove away in “Along Came a Spider?”

Mrs. Grunwald kindly speaks with Hanna about Miranda and her death, sharing words of comfort and encouragement. She suggests that Hanna’s relationship with Caleb was worth more than one afternoon, even if Hanna thinks he’s “crazier than a bag of cats.”

Switched at Birth review: Toby strikes out on his own >>

In the official preview for the finale, it looks like Hanna comes face to face with the little girl in the red coat. Do you think she’ll be reminded of her own red-coated friend? Dillon tells Remy it’s time to go and Olivia says she wants to kill “him.” Are we placing bets that he is Dillon?

How does it look? Are you prepared for the finale? Meet back here shortly afterward and we can discuss all the details!