Dave Coulier has admitted Alanis Morissette’s song “You Oughta Know” is about him, but his Full House co-stars have a hard time believing he could make anyone so angry. 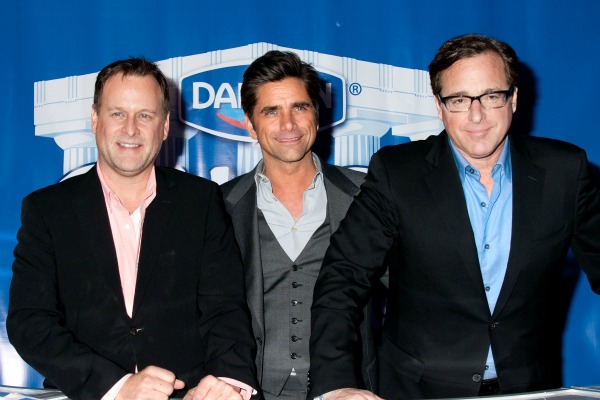 It has long been known — or at least assumed — that “You Oughta Know” by Alanis Morissette was famously inspired by her ex-boyfriend Dave Coulier.

With some of the former cast of Full House — Coulier, John Stamos and Bob Saget — making the media rounds in advance of their Dannon Super Bowl commercial, Coulier decided to joke about his ex and the song. They appeared on Watch What Happens Live with Andy Cohen, and were asked about his relationship with Morissette, as well as the breakup.

The line is talking about Morissette’s ex’s next girlfriend after her. Coulier jokingly affirmed the line, saying, “Yes, she was 87 years old.”

“Was she perverted?” Cohen then asked.

Saget jumped in on this one, confirming that “she was not.” But later in the show, he admitted that he knew the song was indeed about his friend Coulier.

That inspired the song’s lyric, “I hate to bug you in the middle of dinner. It was a slap in the face how quickly I was replaced.” Coulier confirmed last September while appearing on HuffPost Live (via Us Weekly) that he knew the song was about him. He said when he realized it he “called her and said, ‘Look, what do you want me to say to the media when these folks call me?’ And she said, ‘You can say whatever you want.'”

Stamos added that he still didn’t believe it was about Coulier because “she’s so angry. But she’s singing about the guy that does Bullwinkle and Popeye.” But Morissette herself confirmed it to Stamos when they met one time.

Luckily, Morissette is now happily married and mom to 3-year-old Ever.