The petition to deport Justin Bieber has gotten the attention of the White House, but it will probably not have the result the signees desired. 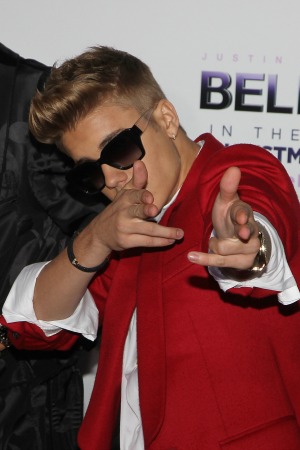 Over 220,000 people have signed a petition asking for pop star Justin Bieber to be deported back to his home country of Canada — and it has certainly gotten the attention of the White House.

In accordance with “We the People” standards, the White House is required to respond to any petition presented with more than 100,000. Today, the White House confirmed they have at least received the request, although they do not yet have a final statement on the matter.

Billy Ray wants to chill with the Biebs >>

“On matters related to visas, I’d refer you to DHS,” Carney added, referring to the Department of Homeland Security.

But it seems unlikely that DHS would go so far as to deport the troubled singer. While they could decide to yank his green card if they determine he has acted with “moral turpitude,” a “nebulous concept” that “refers generally to conduct that shocks the public conscience as being inherently base, vile, or depraved, contrary to the rules of morality and the duties owed between man and man, either one’s fellow man or society in general,” according to U.S. immigration law, the department has bigger fish to fry.

While Bieber could be charged with a felony for the egging since the damage to his neighbor’s house is estimated at $20,000, it is more likely that his legal team will talk it down to a misdemeanor — and his Miami Beach DUI is unlikely to result in any jail time either.

“We will see how Bieber’s legal proceedings play out. Criminal convictions would seem necessary to ever deport him, especially given his ability to secure immigration counsel,” wrote Kevin Johnson, dean of the University of California Davis School of Law, at ImmigrationProf Blog.

Another unspoken factor: Bieber is ranked the third most-powerful celebrity in the world by Forbes magazine and brings tons and tons of cash to the American economy.

We have a feeling he’s not going anywhere.