Christie Brinkley’s ex-husband is not happy the supermodel is using the occasion of her 60th birthday to rehash their acrimonious divorce in the press. 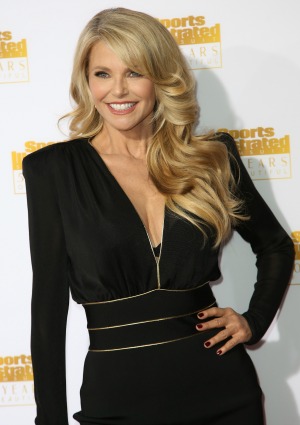 If looking good is the best revenge, then Christie Brinkley has a lock on retribution. The supermodel is celebrating her 60th birthday with magazine covers that tout how amazing she looks — and she does — but not everyone is celebrating the milestone with her.

The item that offended Cook so much? Brinkley told People that her 50s “weren’t easy. I lost both of my parents and went through a miserable divorce while trying to be a pillar for my kids.”

Cook fired back with a long diatribe to RadarOnline.

“She disposed of 10 good years of marriage because of my indiscretion and has had to vilify me ever since to excuse her own petty and self-indulgent behavior — throwing our children under the bus, relentlessly vilifying their father and surrendering our lives to the media — essentially capitalizing on my pain and by default our children’s pain; all masked behind a fixed disingenuous smile,” Cook said.

“The acrimony in our divorce had nothing to do with my alleged narcissism; calling me a narcissist is a convenient label she adopted two years after our divorce trial because, of the many labels she’s had for me over the past seven years, that is where she found the most support and sympathy… There’s just no purpose for Christie to regurgitate all of this over and over except to garner attention for herself and bring more harm to me. I wish she had been more elegant about the whole thing.”

Cook also shared a nasty email he says he sent to Brinkley, accusing her of lying to the press, which reads in part, “That you could so blatantly lie about such a sacred trust to position yourself as a victim once again is disgraceful. I didn’t think you could get any lower in you [sic] endeavors to stay relevant in the media than through your relentless trashing of the father of your children, and I don’t care about you or what motivates you to now perpetuate this horrific lie, and then to have your PR team work so diligently to see it is perpetuated throughout all possible media outlets…”

Brinkley and Cook finalized their divorce in 2012. In that settlement, Brinkley said she won “an intermediary to deal with email bullying, verbal and emotional abuse” who is probably working overtime right about now.